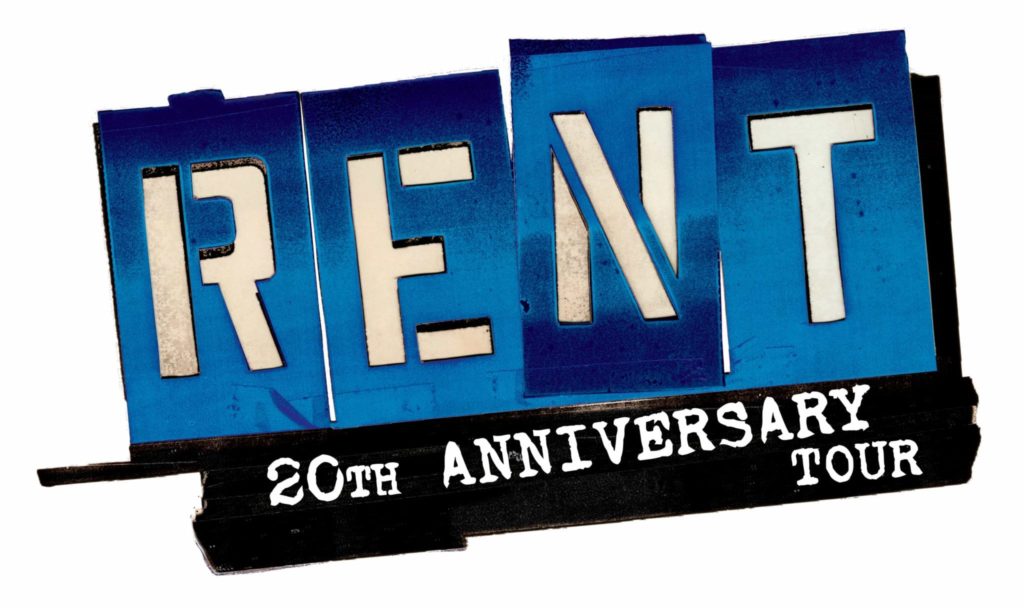 The Broadway (and off-Broadway) stage has often been the place where a generation can speak without rebuke.  The 1990’s saw the production of two very important shows that shed light on the, at the time, the little discussed subject of AIDS.  The first show was Tony Kushner’s epic “Angels in America.”  The other?  Jonathan Larson’s “RENT.”

Opening off-Broadway on January 25, 1996, “RENT” tells the story of a group of struggling artists (filmmaker, musician, performance art) living in the SoHo area of New York City.  Their goal is to present their art to the world without compromising – to not “give into” the man.  This week, the 20th Anniversary Tour is in Kansas City, with moderate success.

To me, the evening, like the show, was in two acts.  The first act, in this writer’s opinion, was slow, which is a word I normally would not apply to a musical where the cast moves non-stop while performing dozens of songs.  I’m not sure if it was opening night jitters, or bus-lag, but several of the characters just didn’t seem to be “into it” during the first act.  The performances were fine…it’s just that many seemed to be a beat behind.

Musically, the show is magnificent.  I’m sure everyone has heard “Seasons of Love” at least once in their life, and this song, which opens Act II, is performed with heart to spare.  Other favorites were “Santa Fe,” “Take Me or Leave Me,” and “La Vie Boheme.”  Highlights in the cast were Lyndie Moe as Maureen and Devinre Adams as Collins, who is my favorite character in the show.

Sadly, Jonathan Larson never saw “RENT” performed before a live audience.  On the morning of January 25, 1996, Larson died after two different hospitals mis-diagnosed a heart condition.  With his parent’s consent, the show went on that night.  For his work, Larson posthumously won 3 Tony Awards and the Pulitzer Prize.