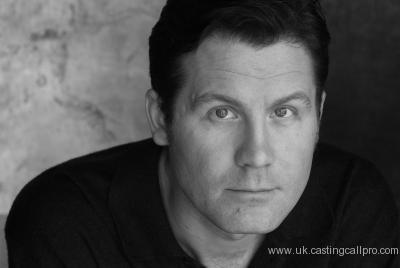 As many of you readers know, both myself and Mike Gencarelli (your favorite “Mikes”) appear in the brilliant “Jaws” documentary entitled “The Shark is Still Working.”  The film tells the story of the making and the impact of the 1975 blockbuster.  But there are stories still to be told.  Ian Shaw, whose father Robert portrayed Quint in “Jaws,” has written a play, based on stories his father told him about the production, entitled “The Shark is Broken.”

Like his parents (his mother was the brilliant actress Mary Ure), Shaw is an accomplished actor with many film and television credits to his name.  In what I call a stroke of irony, Ian portrayed Colonel Paul Tibbets, the pilot who dropped the Atomic Bomb on Hiroshima, Japan in the television film “Hiroshima.”  “Jaws” fans will remember that Quint was a sailor on board the U.S.S. Indianapolis, the ship that carried the bomb to the island of Tinian, where Tibbets began his mission.

Mr. Shaw took some time out recently to speak with Media Mikes about his latest project.

Mike Smith:  What can you tell us about “The Shark is Broken?”

Ian Shaw:  It’s 1974. Martha’s Vineyard. Three iconic actors are confined together during the tortuous filming of what will one day be regarded as the greatest blockbuster movie of all time  Forced into close proximity by studio politics, endless delays and foul weather, the three must deal with violent outbursts, squabbles, rampant egos, petty rivalries and the fact that the mechanical shark keeps breaking down.  This causes their insecurities to run riot. Is this film going to ruin their careers? Who is going to want to see a film about sharks with hardly any shark in it? And who is the star of the movie anyway?

MS:  What inspired you to take on this project?

IS:  Like so many people, I’ve always loved the film, except of course I have the personal connection of being Robert Shaw’s son.  The film is a rare combination of elements combining to maximum effect: the performances, the music, the design, the writing, the direction, the cinematography and editing all combine to create a fantastic amount of tension and emotional reaction from the audience.  That’s really hard to do. When I was a little older, I read Carl Gottlieb’s spellbinding account of how they managed to achieve it, The Jaws Log.  What particularly fascinated me were the problems they had with “Bruce”, the nickname for the shark, named after Steven Spielberg’s lawyer.  Then there’s the sheer audaciousness of filming at sea, the relationships with the locals, and the tensions between my father and Richard Dreyfuss.  Both of whom I admire hugely, I might add.

MS:  You started your professional acting career in your mid-20s.  Was there any reticence on your part to pursue the profession, being th son of two very distinguished actors?

IS:  No.  I had a wonderful drama teacher at my school, Michael Walsh.  From the age of eight, I was performing in school plays, and I fell in love with the process.  And I think if your parents are actors, you think it’s a perfectly normal thing to do. Later on I discovered how hard it was for other actors from different backgrounds to make the leap.  I just made a promise to myself one day that I would pursue the path of an actor. I can remember the exact moment, as if it was yesterday. I was standing outside the school gym, where we used to put on plays. Even though I was very confident, probably with the arrogance of youth, I told myself it might take a long time to become successful! So there was never any question about what I would do. You can’t break a promise to an eight year old!

Your older brother, Colin, portrayed your father’s character as a young boy in “The Deep.”  You bear a striking resemblance to your father.  Would you consider portraying him in a project?

MS:  What else are you working on?

IS:  I’m also performing with the actors Duncan Henderson and David Mounfield in our adaptation of three Damon Runyon stories – the show is called Broadway Stories, and it will alternate nightly with The Shark Is Broken at the 2019 Edinburgh Festival, Venue – Assembly Festival, George Square.  Damon Runyon is best known for being the source material for the musical “Guys and Dolls.”  His short stories, which centered around the world of New York’s Broadway, took in what might be seen as the seedier side of life; a place of gamblers, molls, hustlers, dames and gangsters. With an utterly distinctive vernacular he described this hard, and often illicit world, but without the usual judgement or dismissal.   The first story is about a woman who murders her husbands for the life insurance.  The second is a study of the relationship between a half blind cat and a mobster holed out in a derelict hideout. The last is a comedy about an eating contest.

2 Replies to “Actor Ian Shaw talks about portraying his father in his new “Jaws”-inspired play.”