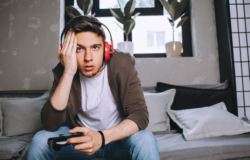 You (or your little one!) sit down at your computer, excited beyond measure to start playing. The new game you’ve been waiting for released and it’s finally finished downloading. You click on it. Boot it up. Eager to capture the first impression of the user interface. Seconds pass and nothing happens, perhaps you even encounter some sort of error. You click again only to experience the same outcome. For whatever reason, your game isn’t loading and even after rebooting your gaming system, nothing changes.

To a gamer, nothing is more frustrating. However, before you panic or dive headfirst into the depths of frustration, it’s important to note that there are a host of reasons this could be occurring and, for the most part, it’s an easy problem to rectify. The below are common reasons why your game isn’t loading on your computer.

Current anti-virus and anti-malware software is complex, deeply integrated, and often overruling. Being that these programs work in the background, often their basic setup will debilitate other software from running. Mostly, this is because the anti-virus solution deems this new software (in this case the new game you’ve installed) as a possible threat. In other cases, it is simply a communication issue between the different types of software. It’s encouraged, if you’re running into this problem, to temporarily disable the anti-virus solution while you run your game. If this rights the problem, then reach out to the anti-virus solution’s support team, or do some research to understand why it’s inhibiting your game from running properly.

New, trendy video games tend to stay at the forefront of graphics hardware and software. This is to say that, when graphics cards improve, so too does the game—aiming to complement the new capabilities of current units. Sometimes, your hardware is sound but the game still won’t run. In which case it’s wise to look into your graphics driver and discern whether you’re up-to-date or not. Simply installing the latest driver can fix bugs, patch issues, and bring your software up to speed in order to run the game properly.

Graphics cards are not necessarily jargon in the computer world, being that they’re commonly referenced regarding games, design, and digital aesthetics. This may have you asking: what is a graphics processing unit (GPU)? Think of GPU as a part of the computer responsible for ensuring that your content displays and renders properly on screen. This includes games, applications, and webpages. If your GPU is outdated and can’t process or render the game at hand, it simply won’t load. This could very well be indicative of a hardware issue and it just might be time to replace your GPU. This point is increasingly relevant if the game which errored is brand new.

Although these cases are less common than others (especially if it’s a desktop you’re playing on and not a mobile device), there are circumstances in which a game has been engineered for a certain operating system that succeeds your current gaming technology. This usually occurs with massive changes, not updates; think Windows XP or Vista versus Windows 10. While this perhaps has nothing to do with your current situation, before researching other issues it’s wise to see if the game at hand has been formatted for a specific operating system—Mac or Windows alike. 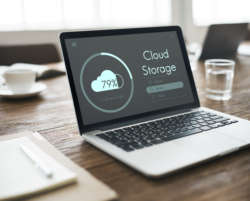 Lastly, although this should error in the download stage, it’s paramount that you identify whether or not you have enough space on your hard drive to download and run the game. Without the proper storage, the game may download improperly and run incorrectly or not at all. This is where upgrading RAM can be beneficial to your computer’s processing speed as a whole and allow your game, at last, to boot up and run.

Computers are complex, multifaceted, and downright overwhelming to the novice user. With so many parts communicating simultaneously, identifying root problems that are causing issues can be a daunting task. Yet, when it comes to games not loading, the reasons are often common, easy to identify (especially through the process of elimination), and even easier to fix. Don’t let your current situation frustrate you and know that there is, most likely, a quick and easy solution to your problem.