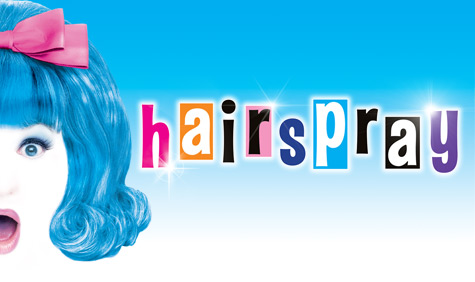 I spent 13 years living in Baltimore.  As a movie theatre manager I was very fortunate to manage the theatre of choice of local filmmaker John Waters.  He was a frequent guest and, when I asked, would stop by the office for a few minutes after his film just to talk about what he had coming up.  Of course, I was glad to play the original film “Hairspray,” and am proud to be friends with some of the local talent used in the film.  Years later, Mr. Waters took the film to Broadway, where, 15 years ago, the musical version earned 13 Tony Award nominations, winning 8, including Best Musical.   This week, the fun and energy you can only find in Charm City is on display at the Starlight Theater as “Hairspray – the Musical” arrives.

Baltimore 1962.  Like many cities in America, civil rights are on the front burner.  We meet Tracy Turnblad (an outstanding Jessica Alcorn) as she greets the day, and the audience, with the bouncy “Good morning, Baltimore.”  Tracy is a fan of the Corny Collins afternoon dance program on television and secretly dreams to not only be a dancer on the show, but to end up in the arms of the show’s best male dancer, Link Larkin (Eric Geil).  Tracy lives at home with her parents.  Mother Edna (Brad Oscar) takes in washing and hasn’t been outside the apartment in years.  Her father, Wilbur (Bruce Roach), runs a joke shop called the Har-Har Hut.  Tracy has a friend named Penny, who encourages her to follow her dream.  And so she does.

First off, I must comment on the energy the entire cast brought to the show.  It’s always a plus when you can sense that the cast and crew WANT to be there.  The musical numbers were infectious.  If you knew the words (guilty) you quietly sang along.  If you didn’t, you were dancing in your seats.  As Tracy, Ms. Alcorn soars.  She is the heart and spirit of the show and she shines in a role that a lesser actress could easily dilute spirit-wise.  Supporting roles played by Katie Karel (Penny), Cathy Barnett (Velma Van Tussle) and Erin Riley (Amber) stand out here, as does Regina Levert whose Motormouth Maybelle steals the scenes she is in.

And I would be remiss if I didn’t note that Kansas City audiences are having the rare treat of seeing a true Broadway legend in Brad Oscar.  Ever since Harvey Fierstein first originated the character, Edna has been played with dignity.  Mr. Oscar continues that tradition here.

“Hairspray – the Musical” plays at Starlight through August 2nd.  For tickets to those shows click HERE.