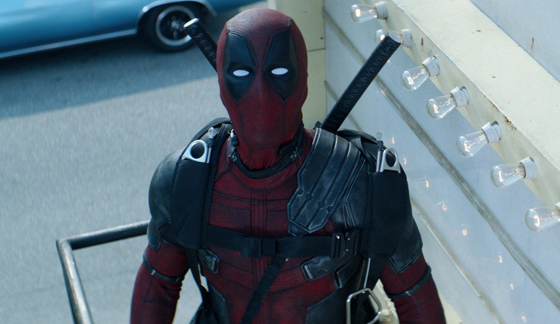 Every once in a while a film comes along that not only bends the rules, but breaks them.  Such a film was “Deadpool.”  Is there any way the sequel can live up to that introduction?  Yes indeedy.

Ryan Reynolds continues his journey as the foul-mouthed, yet sensitive, Wade Wilson, better known to us moviegoers as Deadpool.  In this chapter he firmly puts tongue in cheek as he tries his best to learn the meaning of the word family.

Along the way he pokes fun at so many pop culture references that I literally lost count.  The Justice League.  “The Goonies.”  A still simmering anger with anything to do with Wolverine.  His sarcasm is razor fine and cuts just as easily.  A running gag where a line from the film “Frozen” sounds suspiciously like “Papa Can You Hear Me” from the film, “Yentl” is reigned in enough so it actually makes you laugh no matter how many times you hear it.  And the added humor that Josh Brolin is Barbra Streisands’s step-son only makes the gag even funnier.

Brolin, fresh off his gig in “The Avengers: Infiniti Wars,” plays Cable, a time-traveling mutant that’s as buff as his “Avengers” alter ego Thanos.  Brolin gives the role a sense of drama but isn’t above having a little fun himself.  If I’m sounding a little evasive here, it’s because the film company has asked reviewers not to give away too much of the film.  Just sit back and enjoy the ride.  Like its predecessor, “Deadpool 2” is one of the best comic book films ever.