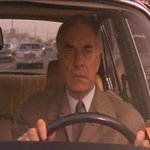 July 16th is an important date in my life. It’s the birthday of my daughter-in-law, Jessica. It’s also the date that one of my personal heroes, Harry Chapin, died in 1981. Sadly, the date will know be remembered for the loss of two of Hollywood’s legends as both Oscar winning actor Martin Landau and acclaimed filmmaker George A. Romero both passed away.

Born in Brooklyn in June 1928, Martin Landau began his employment career as a cartoonist for the New York “Daily News.” However, he had always dreamed of becoming an actor and, at age 23, made his off-Broadway debut in the play “First Love.” In 1955 he was one of 2000 aspiring actors to apply to the prestigious Lee Strasberg’s Actor’s Studio. He was one of only two admitted, alongside a young man named Steve McQueen.

For several years he worked steadily, both on-stage and on television, appearing in such popular programs as “Maverick,” “Rawhide,” “Playhouse 90” as well as films such as “North by Northwest” and “Cleopatra.” He even co-starred with his old acting mate McQueen in an episode of “Wanted: Dead of Alive.” After stand-out roles on such shows as “The Twilight Zone” and “The Outer Limits,” Gene Roddenberry asked him to audition for the role of Mr. Spock in “Star Trek.” The role went to Leonard Nimoy, but the same year saw Mr. Landau appear in the role that made him a star, Rollin Hand in “Mission: Impossible.” Ironically, when he left the show in 1969 he was replaced in the cast by Nimoy.

In 1975 he co-starred alongside wife Barbara Bain in the sci-fi program “Space: 1999,” a groundbreaking show that is still considered a classic. Following the show’s cancellation he continued doing episodic television along with the occasional film roles. He earned his first Academy Award nomination for Best Supporting Actor in 1989’s “Tucker: The Man and his Dream.” The next year saw nomination number two, this time for his work in Woody Allen’s “Crime and Misdemeanors.” The third time proved the charm when he took home the Oscar for his portrayal of Bela Lugosi in Tim Burton’s “Ed Wood.” He continued to work steadily, appearing on television and in films up to his death. His last film, “Without Ward,” is scheduled to be released next month. Mr. Landau was 89-years-old and his cause of death is listed as “Complications” after a brief hospital stay.

If you are familiar with the term “Zombie” you have one man to thank: George A. Romero. The New York born writer/director also passed away today after a battle with lung cancer. He was 77-years-old.

After graduating from Carnegie-Mellon college in Pittsburgh he made the steel city his home, shooting many of his films in the area. In the mid-1960s he and some friends pitched in their money to create Image Ten Productions. After a series of short films, he co-wrote (with John Russo) and directed one of the most influential films of all time, the black and white horror classic “Night of the Living Dead.” To honor the film the National Film Registry of the Library of Congress inducted it into its ranks. After a few less commercial films he returned to the horror genre with the film “Martin.” But it was his next film that cemented him into the pantheon of horror film legend, 1978’s “Dawn of the Dead.” In an endeavor to release the film away from the Image Ten company the copyrights to “Night of the Living Dead” were lost, putting the film into the public domain, which meant that when home video came around Romero did not share in any of the proceeds.

I was a teenager in Tampa when a friend of mine called me and said I had to get to the theatre he worked at by 7:30. They were holding a sneak preview and, even though he couldn’t tell me what it was, he said I would hate myself if I missed it. Gathering a few of my friends we made it to the theatre in time to be admitted to the auditorium. This was back in the days when a sneak preview was just that – the filmmakers just showed up at a theatre with a print and showed it to an unknowing audience. Well my friend was right. I would have been pissed to learn I had missed out on the first screening of “Dawn of the Dead.” Shot in color with incredible effects by make-up legend Tom Savini, the film gave me nightmares for weeks. Made for $1.5 million, “Dawn of the Dead” went on to gross over $40 million, making Romero a much sought after director. He followed the film in 1981 with “Knightriders,” starring Ed Harris and another horror classic, the 1982 anthology “Creepshow.”

In 1985 he delivered “Day of the Dead,” but it was not as well met by fans or critics as the previous two. He also directed “The Dark Half,” based on a Stephen King story and wrote the script for the Tom Savini-directed color remake of “Night of the Living Dead.” In 2005 he directed “Land of the Dead” and followed it up with two more films, “Diary of the Dead” (2007) and 2009’s “Survival of the Dead.”