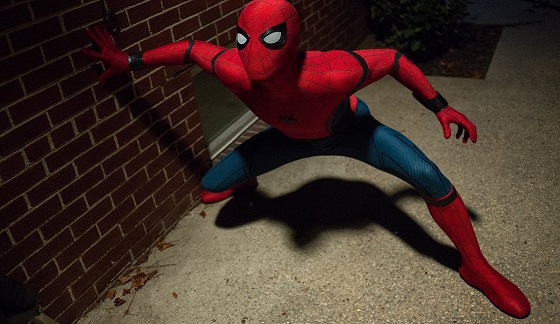 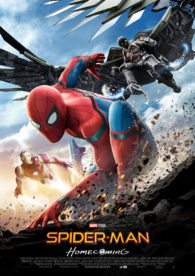 Stop the presses…they got it right!

Even though I’ve enjoyed the past film adventures of everybody’s favorite web-slinger (both the Tobey Maguire and Andrew Garfield versions) there was always something missing. This week I discovered that the missing ingredient was one Mr. Tom Holland. Like Sean Connery is to James Bond, Mr. Holland is the BEST Spider-man EVER!

We begin with a brief prologue, showing the aftermath of the destruction of STARK Tower. Handling the demolition and scrapping of the material is Adrian Toomes (Keaton), who has liquidated his savings to handle the job. Things get bad quickly when a mysterious government official (always great to see Tyne Daly) takes over the project, leaving Toomes and his men out of work. As they leave, the workers help themselves to some sure to be top-secret materials. More on this later.

Jump ahead eight years and we find ourselves in the middle of a video diary being kept by one Peter Parker, who has spent the summer “interning” for Tony Stark (Downey,Jr.) And by interning I mean he has been training to join Stark’s force of Avengers. We see footage from the last film, “Captain America: Civil War”. Remember “Hey, Underoos?”

The summer ends and Peter is back living with his Aunt May (Marisa Tomei) and dealing with high school bullies. Which is funny because Peter attends a school for gifted students. Yes, in a school of Nerds he is the nerdiest. And, best of all, he’s a KID!

Yes, the one thing that always detracted me from the other films is that Peter Parker was always too mature…even if he was supposed to be in his late teens. Here he is a fumbling 14-year-old dealing with changes…his own and with those around him. He’s got the wit, certainly a defense mechanism, and a cool suit, courtesy of Stark. And while Peter wants to branch out to big things, he is counseled to just play things slow…instead of tacking the big things just be “your friendly neighborhood Spider-man.”

The film rides on Holland’s slender shoulders and, to use an often-dropped cliché’, this is the role he was born to play. He gets help from Keaton, who shows up here as a different kind of Birdman. And Downey, Jr. is pure smirk as Tony Stark. And extra credit to young Jacob Batalon, who plays Peter’s seemingly only friend, Ned. When Ned learns Peter’s secret, he promises to keep it, in the hopes that one day he will be Peter’s “guy in the chair,” the person you always see in movies whispering into the hero’s earpiece.

A fine addition to the Marvel Movie Universe, “Spider-man: Homecoming” is one of the best in the series.