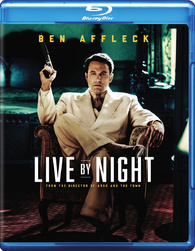 I was flat out surprised with the lack of success around Ben Affleck’s “Live by Night”. Personally, I think it was affected by his nonstop headlines with his role of Batman. Fans are torn on him now between popularity. This film I enjoyed. I love Affleck in it as well as his script and his direction. Affleck does best when he is in control of his story and shots. I also loved the supporting cast including Elle Fanning and Brendan Gleeson. This film also came out a tough time of the year during award season. The studio wasn’t pushing this film for awards hard enough and it ended up hurting the film as it disappeared like other missed attempts like “Silence”.

Official Premise: Taking fatherly advice is not in Joe Coughlin’s nature. Instead, the WWI vet is a selfproclaimed anti-establishment outlaw, despite being the son of the Boston Police Deputy Superintendent. Joe’s not all bad, though; in fact, he’s not really bad enough for the life he’s chosen. Unlike the gangsters he refuses to work for, he has a sense of justice and an open heart, and both work against him, leaving him vulnerable time and again—in business and in love. Driven by a need to right the wrongs committed against him and those close to him, Joe heads down a risky path that goes against his upbringing and his own moral code. Leaving the cold Boston winter behind, he and his reckless crew turn up the heat in Tampa. And while revenge may taste sweeter than the molasses that infuses every drop of illegal rum he runs, Joe will learn that it comes at a price.

Oscar-winning cinematographer Robert Richardson (“The Aviator”, “Hugo”) captures the film’s time setting perfectly within its 1080p transfer. Surprisingly this film has a Dolby Atmos available to choose from, which don’t get me wrong is amazing but seems overkill. There is also a DTS-HD MA 5.1 track. The special features are lacking including the rather boring of the audio commentary track with Ben Affleck, Director of Photography Robert Richardson and Production Designer Jess Gonchor. There are three featurettes focusing on the characters, cast interviews and the car chase scene. Lastly there are some deleted scenes included optional commentary.