“POISON THE PARISH” NEW ALBUM OUT MAY 12 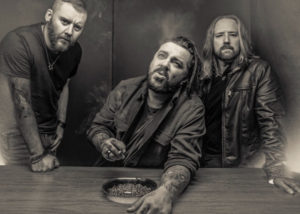 Seether (Shaun Morgan — vocals/guitar, Dale Stewart — bass/vocals, and John Humphrey — drums) have revealed details for the Poison the Parish World Tour, which includes headline shows and major festival appearances throughout the spring and summer of 2017. The extensive touring plans come in support of Poison the Parish, their recently announced seventh studio album, set for release via Canine Riot Records on May 12, 2017.

Tickets go on sale Friday, March 3 at 10AM local time. Every ticket order will include a physical copy of Poison the Parish. Ticket and VIP package information can be found at here.

A portion of all tickets sold for the Poison the Parish World Tour will benefit the Rise Above Fund, which is a subset of Suicide Awareness Voices of Education, the largest suicide prevention organization in the country and the band’s partner on the Rise Above Fest.

Guitarist Clint Lowery of Sevendust will augment the band’s line-up throughout the upcoming trek, adding his signature axe-work to Seether’s new songs and deep repertoire.

“We want this tour to be exciting and different — a departure from what people expect from us, while retaining the qualities that make us unique, in order to entertain the fans. It’s going to be loud, heavy, old school Seether with a couple of twists thrown in to keep things exciting.”