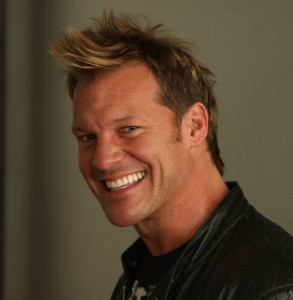 The hard rock/heavy metal band Fozzy released their 6th studio album titled “You Wanna Start a War” this past summer and since that release the band has been out on the road non-stop in support of the release. The group is set to hit the road again and will be kicking of a headlining tour of Europe beginning in March. Media Mikes had a chance to talk with the group’s front man Chris Jericho recently about the group’s latest album, the bands relentless tour schedule and his popular “Talk is Jericho” Podcast.

Adam Lawton: Can you tell us about the bands next tour run?
Chris Jericho: We have quite a few tours lined up at this time but the one that will be kicking off first starts in March. We will be hitting England, Ireland, Scotland, Switzerland, Germany and France. We have always done very well in Europe which makes it feel like our second home. We haven’t been there in about 18 months as we have been doing a lot of stuff here in the States since “You Wanna Start a War” came out. It’s really an honor to know that we have such a devoted fan base to be able to tour as much as we do. In this day and age touring is the back bone of the music industry so the more places you can hit the better it is for both the band and its fans. It’s certainly a different vibe when we are overseas but we are used to it and always have a great time.

AL: What type of band line up will the shows feature?
CJ: This will be our headlining tour over there and originally we were looking to do possibly a co-headlining tour and bring along a band with a similar style to that of Halestorm or Avatar. After some thought we decided to just go on our own. We will have a UK band by the name of The Dirty Youth with us but we really felt it was time to start taking bigger steps as a band and it’s looking like a lot of those shows are on pace to sell out. Sometimes you just have to take a chance and put on the big boy pants. That’s what we did and it’s seems to be paying off.

AL: It was announced recently that you will again be part of this year’s Rockville Festival here in the States. Can you tell us about that?
CJ: We are starting to see festivals like this one pop up here in the states that have elements of festivals that have been going on overseas for years now so this is something that is really cool. We played the festival last year and generally they don’t have bands back two years in a row. That’s why you won’t see us at some of the festival shows we did last year. For whatever reason we were invited back this year to Rockville again and we will take because we had a great time last year. Jacksonville is a great rock and roll town so I am sure it will be a great show. We have started talking about putting together a tour in the states with the Rockville show sort of being the corner piece.

AL: With “Do You Wanna Start a War” being out now for several months what has the overall impression of these songs been for you having watched them develop during the creation process to where they are now being performed live on a regular basis?

CJ: That’s always the fun part. The creative process is a lot of fun and very challenging as you want to get it right. I think most artists would say this is the best record we have ever done and you should definitely feel that way each time you make a new record. This is certainly our best record yet but it’s also our most diverse. Taking these songs out on the road and seeing the reaction from fans has just been crazy. We currently do 6 of the 12 songs from the new album live. We are looking to add one more for the European tour. Fans are getting a good helping of the new album so if you come to the show not having heard the album already you might be a bit lost. The songs are very catchy though so it’s not hard to get caught up. All the songs our going over real well and have fit in nicely with our older material which makes each shows set really great. Whether we are headlining or supporting we make sure to pick the ones that get the crowd going. It’s sort of a non-stop barrage of rocking during our 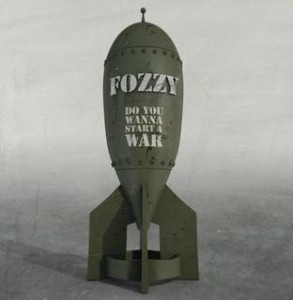 shows. There’s not a lot of talking as we let the music take care of that and the shows have a nice flow.

AL: With the band going through a number of lineup changes where do you feel the band camaraderie is at right now being that this line up has been together for two albums now?

CJ: The core line up of the band has been the same since the start with me, Rich Ward and Frank Fontsere. Billy Grey has been with us a few years now and Jeff Rouse we have known for awhile as well. When you spend a lot of time together you sort of whittle away the bad seeds and dead weight over time. It’s very important to have a lineup you get along with. It’s not just the songs you’re playing during that hour long set. It’s the other 23 hours of the day you’re together traveling and what not. When you together for large amounts of time it doesn’t take much for people to get on other peoples nerves. When that stuff starts to happen it can throw an entire tour off. After all these years we have a lineup that is great together both on and off stage. This has never been Chris Jericho’s band. This is a band of 5 legitimate personalities who have worked hard to get to where they are. We want to stick with this line up for as long as we possibly can.

AL: Will you be keeping up with your podcast’s while out on tour?

CJ: Absolutely! I have about 20 or 30 episodes on deck ready to go. I do the outro’s and intro’s weekly and those can be done just about anywhere. A lot of times when I know a tour is coming up I make sure I have all that stuff set to go ahead of time. I love talking with people so to be able to do these shows is really great. Even to talk with people I have worked with for years is really great because very rarely do you get to just sit down and have a longer conversation. It’s a lot of fun and to have the freedom that podcasts have is great also because I really think that’s what draws people to them.