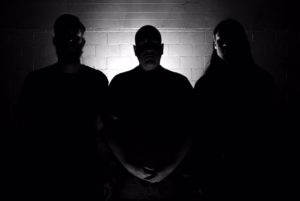 You may recognize Phil Sgrosso as the guitarist for bands such as As I Lay Dying and Wovenwar However, not one to sit idle for any length of time Phil is back with yet another new band, Poison Headache. The 3 piece power trio is set to release their self-titled debut album in June via Metal Blade Records and Media Mikes had the pleasure of speaking with Phil recently about the group’s formation, the albums creation and the status of his other projects.

Adam Lawton: Can you give us some background on the band how everything came together?

Phil Sgrosso: Andy Kukta the bands other guitarist/co-vocalist and Kyle Rosa our drummer had been friends for quite some time and this sort of started up when I was with As I Lay Dying. Andy is a fellow riff writer who was looking to put a band together after his previous one broke up. He reached out to Kyle and I and we would jam off and on when I wasn’t out with my current band. Nothing serious really came of it until we had enough songs to make up an album. We decided that’s what we were going to do and got Metal Blade Records on board and they were super supportive of the whole thing which was great. Things were a bit slow starting out but we are now ready to kick things into the next gear and get going.

AL: Where did Poison Headache fit in during that period of time where As I Lay Dying was ending and Wovenwar was beginning?

PS: It was something we wanted to do and during that time I actually had the time to do it. We were just waiting for that window to open. Now that we are making a go of this we have to make the most out of it. I don’t for see Wovenwar being as busy as it was when we first started. It will still be an active band but I want to be doing as many musical projects as I can be. I don’t want to put all of my eggs in one basket because if I have another band that I really love doing that’s something I want to be able to go out and do. So far this year I have the Poison Headache album coming, we are finalizing the second Wovenwar record and I also have been out on tour with the band Saosin as well as one called Nails who I also have been touring with. I try to fill my schedule with as many musical things as I can to keep me busy and going.

AL: What type of adjustment period did you have to allow yourself for going from playing/writing in 5 piece bands to now doing the same for a 3 piece band? 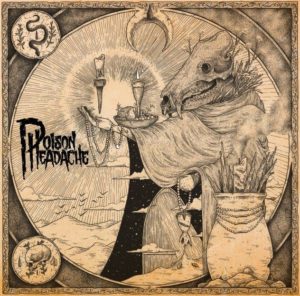 PS: It is a very different animal. With all the bands I have done I tend to like being the overseer of things. When I have someone like Andy writing a lot of stuff and I can play the producer role on the songs he has written which allows me to hone in on his vision within that role. In a way its easier being in a three piece but there is still a lot of work. You have to take on more roles that may be delegated to another member in a bigger band. Knowing that I have that type of control over things I can process things the way I do. There is a little bit of a different mentality especially with gear and such. We both want to play guitar live so we have to be creative with our tones and things like that. Once we start moving into the live stage of things we will have all that stuff figured out. Vocally it takes a lot of practice to build up your stamina to be able to do a whole song and not just backup vocals and then to take it further being able to perform an entire set.

AL: How do you separate your roles as Producer and Performer?

PS: You have to really rely on your band to produce you when you are in that type of situation. What’s nice about a three piece is you ask the other two guys what they think and their cool with it that’s really it. I really trust Andy and Kyle’s opinions so I think that’s what keeps me in check when I am trying to oversee the big picture of things. I feel trust and respect is the foundation of any relationship so the fact that we have that together along with being on the same creative page has made things very easy.

AL: Is a majority of what makes up the album material Andy had written or is there new material you all contributed to on here as well?

PS: I would say probably a third of the album is stuff Andy had written with another third of it being stuff I had written. The other third was probably pieced together from things the three of us had written together. Andy and I are both capable of writing a complete song and seeing its vision so we bounce a lot of ideas off of one another. I can say that Andy’s approach and style has been the inspiration behind the sound of the band.

AL: The album has a very hardcore meets thrash sound to it. Was this sound something that evolved over time or was it present from the very beginning?

PS: I think having that hardcore type feel or groove is something completely Andy. When I hear the album and a part like that comes on, I can say that’s totally Andy. Kyle is a very dynamic drummer that is able to adapt to that which is certainly a strength. That’s the type of music that we like and want to play so when we can include those elements we enjoy that. There is one track on the record called “Be Numbed” which is an instrumental track that I wrote to break things up a little. That track has more of a shoe-gazing, post metal vibe. We just sort of threw in things here or there which we may have not done yet. I don’t think there was ever an instance where we said “no we can’t do that”. If a song called for something we went for it. This really helped push our creativity.

AL: What types of touring plans are in place for you guys at this point?

PS: It’s tough for any new band to get out there on the road. We could do that but being older now we have more responsibilities. We just can’t go jump in the van for a tour and come home with no money and be ok with that like we did when we were teenagers. We all want to have jobs and security for our families so with Poison Headache we plan to build gradually within out scene in Southern California. I also co-own a venue with two of the other guys in Wovenwar with my wife acting as the promoter so we know a lot of bands and we feel that’s a smart way for us to start. From there we will see what opportunities come our way.

AL: Where are things at with the upcoming Wovenwar album?

PS: Things were a bit different when we shifted from As I Lay Dying to Wovenwar. We had become this machine and had gotten used to a certain way of doing things that when we had the rug sort of pulled out from under us we tried using that same design with Wovenwar. We had to step back and realize that we were still a new band despite our previous work together. The business side of things is a bit different and where we are at with life now is all different. We have to be smart about what we do. We are all at different stages in our lives with having kids and being married and what not so we all had to look at what we wanted to do and how we could make the band work. We did all of the production ourselves and it is currently being mixed by Nolly from Periphery. Everything is just now entering the final stages.