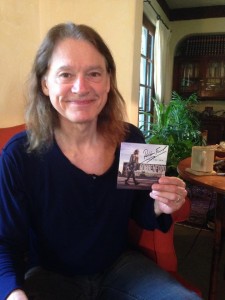 Robben Ford is a highly accomplished guitarist who has collaborated with everyone from Miles Davis, Joni Mitchell, George Harrison and Kiss. He was also named one of the “100 Greatest Guitarists of the 20th Century” by Musicians magazine. Robben recently released a new solo album titled “Into the Sun” and Media Mikes had the chance to speak with him about the album, its creation and Robben’s roots in music.

Adam Lawton: You have a bunch of guest performers on your new album “Into the Sun”. Can you tell us about those and what you feel each artist brought to the tracks they performed on?
Robben Ford: The whole notion of having guests on the album really came from my management. I just started working with new management and when they first brought this idea to me it was something that I didn’t really want to do. I am a little precious about my work as it’s sort of like a painting you do and then someone comes along and adds something else to your work. It may not always feel like that but it can. I decided to listen to them and it turned out to be really great. I am so pleased with the result. The first one’s that come to mind are Keb’ Mo and Warren Haynes. I have known both of those guys for many years now and had the chance to work with them both on several different occasions. Both are great guys and easy to work with so having them be a part of the project was a no brainer. Sonny Landreth was another great one and someone who I had actually already planned to have on the album. We have known each other for quite some time but never had the chance to really spend a lot of time with one another and I saw this as the chance. I actually played on one of his records in the past. Also on the album are Robert Randolph, Tyler Bryant and ZZ Ward. The song Robert does with Keb titled “Justified” is great! The two of them sound great on there. Both Tyler and ZZ I checked out on YouTube after they were suggested by management and I liked them both. ZZ was the one person who came in and recorded live with us in the studio. Everyone else we sent the music to. My only instruction to them was to just play. All of the collaboration was really successful. I was afraid that having so many guests might break up the continuity of the album but that wasn’t the case.

AL: Did giving those guest performers such simple directions provide for a lot of back and forth collaboration?
RF: I really just let them play to the tracks. From there we did whatever editing was necessary. It did take a little finesse on my part though in order to balance to the two guitar parts out. I had asked everyone not to play to me as I had already laid down my guitar part for each song. I sort of said give it a listen then go through with my part off and just play. Again everything worked out and I am really happy with it.

AL: Where does writing a song start for you?

RF: No matter what I think in the beginning things always end up turning out differently. I think that is true with any creative process really. It has to change. I tend to just sit down and start writing songs. In this particular case I wrote with my friend Kyle Swan. Kyle is really out there and at the same time really good. It is hard to pin down exactly what he does but it is super creative. I like his energy and where he is coming from. I found out recently that jazz music is our common thread. He went to school for jazz and in to a lot of the greats. Even though jazz isn’t what you’re hearing that background is there. Jazz has always been an undertone for my music. Kyle also helped me break through some lyric barriers as I am sort of a traditionalist in the way I write. I like to be clear and for a story to have a beginning, middle and end. I am also a little bit of a perfectionist as well.

AL: Is it hard to let another artist in during the writing process?
RF: When it comes down to it I want my material to be really good. I am always up for collaborating with other artists to get a song to where I want it. It’s one of those things where I am not actively searching for people to work with but it is something that I think about quite a bit. I have worked with a variety of people over the years in different ways but a really successful collaboration I would have to say is the one Michael McDonald and I had for a few years. Michael is the only other person I have written with a lot. We did quite a bit of material a lot of which has never been heard. I was really happy to find Kyle Swan as I like to see his creativity. Kyle thinks way outside the box so much so that sometimes I have to reel him in.

AL: Looking at things from a gear perspective you are sort of traditionalist in that you predominately use vintage equipment. Is it hard to stay true to those vintage roots with the constant progression of technology? 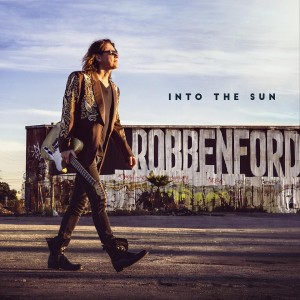 RF: I don’t find it difficult at all. I find it more difficult to change. I haven’t found any good reasons to change to new equipment. I am using Dumble Amps which do everything I need. I have actually used the same amplifiers on all my recordings since 1983. I like vintage guitars so I really have no interest in modern guitars what so ever. Pedals and such I just see them as the salt and pepper of my sound. They just add a little bit here and there however they are not my sound.

AL: Looking back on your career is there point in time that you felt was most beneficial to your career as a whole?

RF: Probably the two years I spent with Joni Mitchell. When I joined that group I was 22 years old with very little experience. I had practically none when it came to playing with experienced players. Up to that point I played in small bands with my friends. When I joined that band suddenly I was playing with people who had far more experience. They were all very kind to me and I was able to learn from them during that time. Joni was probably nevermore brilliant or beautiful as an artist as she was at the time I joined her band. It was a completely unbelievable and rewarding experience working with her. I would do it all again if I could.

AL: Is it fair to say that this experience was what made you want to go further in your career as a musician?
RF: Had I not had that experience I am not sure what would have happened. It’s hard to say because the trajectory I had in my mind was that of a blues guitarist trying to learn jazz. Entering into the “Pop” world and being around a group of people who were very supportive certainly affected me. Had I not been around that I probably would have gone the way of many of my contemporaries and been more of a jazz oriented player with blues as my background.

AL: What type of plans do you have in the works for the coming months?
RF: I am going to be out on the road the next couple of months. For a full list of dates people can check out my website at www.robbenford.com but I start touring in April here in the States and then I will be over in Europe for a couple weeks before heading back to the States for some shows on the west coast. People can also check out Robben Fords Guitar Dojo for a variety of guitar related lessons and material. I partnered with a great company that helped put this out and it’s a lot of fun to do. I will also be doing another guitar camp in the Catskill Mountains this year at the end of August so that’s another thing I am really looking forward to.