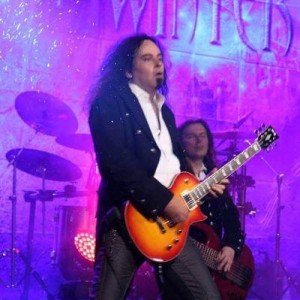 Fred Gorhau is the guitarist for the NY, NJ, and PA metro area band The Wizards of Winter. The group which formed in 2010 has strong classical and progressive rock influences features several former Trans Siberian Orchestra members. The group recently released their second full length album titled “The Magic of Winter” which is a continuation of the groups 2014 self titled release. Media Mikes had the chance to speak with Frank recently about the new album, the group’s ties to the Trans Siberian Orchestra and the bands upcoming holiday tour.

Adam Lawton: Can you tell us about the group’s initial formation?
Frank Gorhau: We all come from different backgrounds. Me personally I come from a rock and heavy metal background. The group was put together by our keyboardist Scott Kelly, his wife Sharon and Steve Ratchen the bass player. The whole concept behind the group was there was a food pantry in the area that needed help. Scott and company wanted to do something so they decided to put a band together. The first year they were performing they did strictly Trans Siberian Orchestra (TSO) music. I joined the group in the second year when things really started picking up. People were asking where they could get our music and there really wasn’t a place. We decided we better do a CD so we did and now we are just releasing our second album. We have some former members of TSO appearing on the album and have had the chance to tour with 5 former members thus far. It’s great to be able to get together and do something that has grown exponentially. The group has gone from being a TSO tribute act to performing 20 of our own original songs with just a couple TSO classics thrown in for the member of that group who our now playing with us. We are doing a holiday rock concert of our own so it’s fitting to throw in some of those great TSO pieces.

AL: You recently started working with Jonny Z and Chuck Billy how did that partnership come about?
FG: I think Jon had seen some things from us and he reached out to me while we were on the road last year. He asked me for my info which I jumped at right away because Jon’s pedigree speaks for himself. We spoke and he asked if we had any video of a full show. Sadly I did not have any pro-shot material at the time. He really wanted to see our full show and as luck would have it he happened to be in Philadelphia when we were playing in nearby Easton, PA. The show was sold out and from there one thing just led to another. He started Breaking Bands with Chuck Billy and Maria Ferrero and they have been making things happen for us quite a bit this year. We are super excited and can’t wait to get out there.

AL: What can you tell us about the new album which came out earlier this month?
FG: I think “The Magic of Winter” is sort of a continuation of our first album. I am really happy with my playing on this record and our producer Eric Rachel did a fantastic job on things. It’s a really great sounding record. Tony Gaynor who was the original announcer for TSO does a great job not only announcing the song but tying the story in with everything. The story acts as this metaphorical train which takes the listeners from one place to another as it looks into various people lives during the holiday season. At first I wasn’t too sure of the story line and how it would all work but after seeing how it affects our fans and having some of those fans come up to me crying after the show really meant a lot. The album was a lot of fun and with it being the holiday season people can get emotionally involved with this release. We try to address all aspects of the holidays both happy and sad with our songs. We know that sometimes the holidays can be difficult for people and we do try to address that. I think people appreciate at that as it shows that they might not be the only ones with those feelings at this time of year.

AL: Were you more involved with the creation of the new album as compared to the previous when you were still relatively new to the group?
FG: I did play on the whole first album but only really had my hands in a couple of the songs. Most of the stuff was already there and I just put my spin on things. With “The Magic of Winter” I was intimately involved with the writing and arranging. We started putting all this stuff together in March or April so to have it all done for a November release is pretty good. There was a lot of good feedback that happened during the creation of this project and I am just super happy and proud of what we came up with in such a short time.

AL: How does the writing process work for the group being that there are quite a few members in the group? 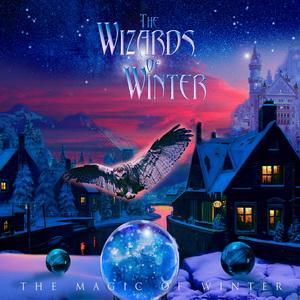 FG: If there is one person more than any that brings in material I would have to say it is Scott. He comes up with a lot of ideas just sort playing around. Scott and I work well together whether we are retooling a traditional Christmas song or working on a new piece of material. Everyone brings something to the table. All twelve of us don’t normally get together to write but there is a core four or five that do work together and throw ideas back and forth. From there we bring the more solid ideas to the rest of the group and share with them what we think would benefit the track. It’s just been a really great experience.

AL: Having a history that is really entrenched with pieces of the Trans Siberian Orchestra be it through starting as a TSO tribute band to recruiting former TSO members, how do you go about differentiating those similarities from your own material?
FG: We are definitely similar and that’s not something I am going to pretend we are not. We started as a TSO tribute, our name comes from a TSO song. I wear that on my sleeve as sort of a badge of honor. I am a fan and to get to know these guys as friends now is something very special to me. We do have some differences in that we don’t take as much of the traditional Christmas music and rework it with a modern spin. TSO has done quite of bit of that. I think a larger portion of our material has vocals too it where TSO is mostly instrumental. We try to have about a 60/40 split between songs with vocals and straight instrumentals. We try to keep things interesting for the listener without going too far outside of the normal song structure.

AL: What can you tell us about the bands current holiday tour run?
FG: We are bringing out a few new effects with us this tour to help enhance the stage show. We have changed up the storyline a little bit as we don’t want to keep doing the same thing year after year. We won’t be doing all of the new record but we will be doing somewhere between 5 and 6 songs from that. The idea of the show is that it all takes place within a snow globe and as the globe is shaken the scenes change. The new material is sounding really great live and I think people are going to really enjoy what we have in store for everyone this year.