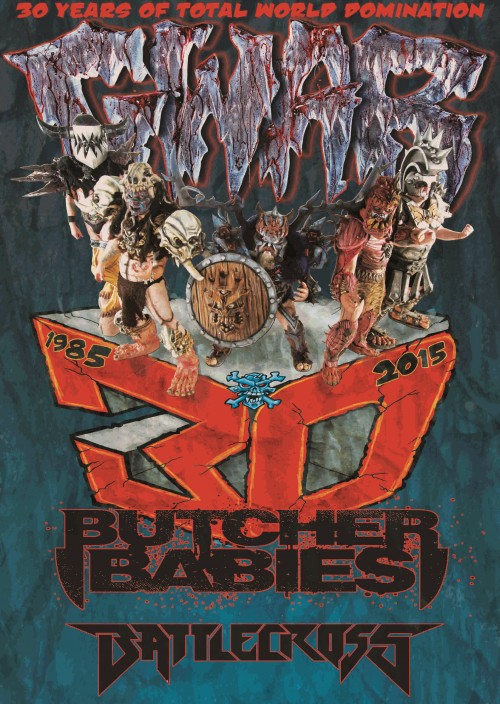 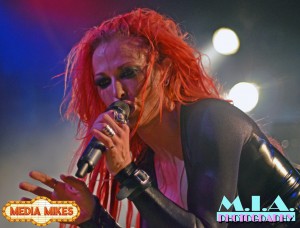 Antarctic natives GWAR slaughtered their way to the Water Street Music in Rochester, NY on Sept. 18th as part of their current “30 Years of Tourment” tour. Along for the ride this time around were the always lovely Butcher Babies and Detroit darlings Battlecross. The night proved to be a mixture of sweat, energy and several unknown liquids which were expelled on to the crowd by the night’s headliners providing the perfect recipe for Friday night.

Kicking off the night was the band Battlecross who blasted through a 30 minute set which set the bar relatively high for the following acts. Vocalist Kyle Gunther seemed to give everything he had from start to finish which complimented the rest of the bands in your face performance which seemed to ignite the incoming crowd. Up next would be the lovely Butcher Babies who despite this being the bands last night on the tour certainly did an amazing job of taking things to the next level as not only did the band command the crowd’s 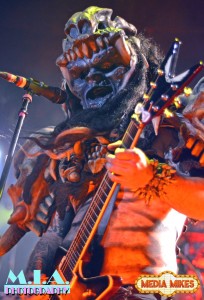 attention from the stage but took things further as both Heidi Shepherd and Carla Harvey took turns working the security barrier which at times was over flowing with energetic crowd surfing fans. GWAR would be next where they proceeded to close out the night in typical blood soaked fashion. This was the first time the band has performed in Rochester since the addition of both Pustulus Maximus on guitar and Blothar on vocals and the crowd seemed to enjoy the new characters and what they brought to the live performance. Though the performances seemed to lack the energy and spur of the moment banter once provided by the late great Oderus Urungus (Dave Brockie) the set did feature some songs fans hadn’t heard live in awhile such as “I Bonesnapper”, “Babyraper” and the always entertaining ”Meat Sandwich”.

It was great to finally see the latest incantation of GWAR however there was something missing. Undoubtedly the absence of founding member Dave Brockie cast a big shadow for this reviewer and even though the bands current lineup put on a great show it was very apparent that Mr. Brockie left some extremely large latex and goo covered shoes to fill.