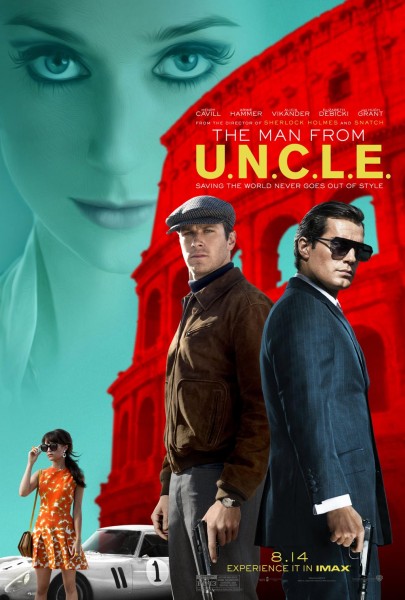 Media Mikes has teamed up with Warner Bros. to give (25) readers and a guest a chance to be among the first in Kansas City to see the new film “The Man from U.N.C.L.E.” in IMAX on Thursday, August 6, 2015.

The screening will be held at the AMC Barrywoods 24 theatre and will begain at 7:30 p.m.

All you have to do is go to www.wbtickets.com/MANMM and register.  The first (25) people to do this will receive a pass for (2) to attend the screening.  Passes are awarded on a first-come, first-served basis so don’t delay!

Henry Cavill (“Man of Steel”) stars as Napoleon Solo opposite Armie Hammer (“The Social Network”) as Illya Kuryakin in director Guy Ritchie’s action adventure “The Man from U.N.C.L.E.,” a fresh take on the hugely popular 1960s television series. Set against the backdrop of the early 1960s, at the height of the Cold War, “The Man from U.N.C.L.E.” centers on CIA agent Solo and KGB agent Kuryakin.  Forced to put aside longstanding hostilities, the two team up on a joint mission to stop a mysterious international criminal organization, which is bent on destabilizing the fragile balance of power through the proliferation of nuclear weapons and technology.  The duo’s only lead is the daughter of a vanished German scientist, who is the key to infiltrating the criminal organization, and they must race against time to find him and prevent a worldwide catastrophe.

PG-13 for action violence, some suggestive content, and partial nudity

4 Replies to “Win Passes to the Kansas City IMAX Premiere of “The Man from U.N.C.L.E.” [ENDED]”