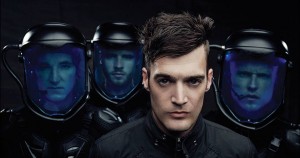 Dustin Bates is the singer for the Columbus, Ohio based rock band Starset a band whose debut album “Transmissions” spawned the break out hit “My Demons” long before there was ever actually a real band. Media Mikes spoke with Dustin recently about the creation of the album, the formation of the band and the group’s current tour with the recently reformed Breaking Benjamin.

Adam Lawton: Can you give us some background on the band and “The Starset Society”
Dustin Bates: I actually created the “Transmissions” album before there was even a band. We had the song “My Demons” out on the radio before we ever had out first rehearsal. We did that because the record was done based upon the philosophy and the narrative of “The Starset Society”. I sort of incorporated their outlook into the record almost as a marketing device for their society. We are not the only tool being used to promote the society as they are using a variety of other media such as graphic novels and video. It’s cool to be a part of that and to be able to incorporate that into our record.

AL: Was then always the idea to adopt Starset as the band’s name?
DB: Exactly! The actually name itself sort of harkens back to the narrative. Starset is a non-rotating planet that is involved in all of this. The planet does rotate around the sun making a portion of the planet inhabital called the Starset region because there is always an eternal sunset there. The way that this plays into the narrative will be told in the first graphic novel.

AL: Does the band have any hand in writing the graphic novel?
DB: That is something separate. We mention the novel and the other forms of media being used so that people can dig more into what we as a band are a part of. We realize this can all be a bit confusing so we try to inform everyone of how things all go together.

AL: Can you tell us a little more about the album done prior to there actually being a band?
DB: I did the music based on the inspiration of the narrative. There 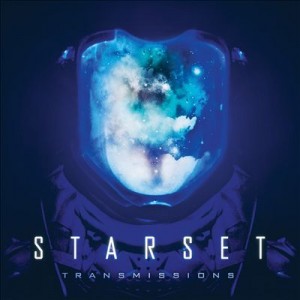 is also another story line that is more of a love story so I tried to give the music a human element that people could relate to as there is a lot of science, technology and future type elements. I was very careful to not go too far. Once I had that done I reached out to various friends to help me record this. I was able to bring on Rob Graves to produce and he really helped me obtain the cinematic level of sound that I wanted to create. I knew early on that Starset needed to have a soundtrack to a sci-fi movie which was created by a rock band. Rob was the perfect guy for that. We sent the song “My Demons” to radio and it started to get really positive reactions. I knew very quickly that I needed a band and a record label. Since getting both of those things we have practically been on the road non-stop ever since. That was about a year and a half ago now.

AL: The album has quite a number of musical layers. Where did you start when you were writing the record?
DB: It was different for each song. Some started out more traditional with the melody and lyrics while some started with the music and after I had the lyrics I threw all the music away and rebuilt it so it had a cinematic vibe. I usually do write the melody of a song before the lyrics. I generally have ideas already for the other layers such as the strings and what not but until we get the actual players in there that’s when things come to life. We had an actual quartet come in and play all the orchestral parts on this record.

AL: Can you tell us about your current tour with Breaking Benjamin and what the band has planned for the rest of the year?
DB: It has been pretty busy for us with touring. We just recently got off of tour with Halestorm and the Pretty Reckless and now we are out with Breaking Benjamin through August. They are one of my favorite bands from when I was younger so it’s really great to be able to be out here with them. After this run wraps up there’s a possibility of going overseas and being out on the road for the rest of the year. Between all of that the Starset novel will be coming out this winter.