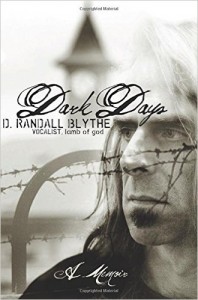 Randall Blythe is probably best known for his work as lead singer of the band Lamb of God. In 2012 while on tour in support of their latest album “Resolution” Blythe was arrested upon entry into the Czech Republic as part of an investigation related to the death a fan at one of the bands shows 2 years prior. “Dark Days: A Memoir” is the first book release by Randy which details this ordeal from the days leading up to the arrest and the roller coaster ride which ensued during the preceding months. Media Mikes had the pleasure of talking with Randy recently about the book, what it was like reliving those experiences and also about the bands upcoming album and summer tour run.

Adam Lawton: What was it like going back through your journals and reliving those experiences during the writing of the book?

Randy Blythe: I think people were looking for me to have some sort of cathartic experience during the writing of this book and it just wasn’t. For the most part it was an unpleasant experience. It wasn’t fun while I was going through it and it wasn’t fun writing it. I think the story has value and there are some things in there that might help some people actually. I think this story needed to be told before my memories faded too much. I was thankful for the journals I had. It was weird to look back at them and read about this low point in my life. This wasn’t the first time I had looked back at journals where things weren’t going well but when I looked back at this specific journal and the fact that I was writing it while in a Czech prison was really heavy. There are some funny parts in the book but for the most part it was not a lot of fun going back. I learned a lot about the writing process through this whole thing but again it wasn’t very enjoyable.

AL: Did you have to do a lot of self editing when you were making your way through the chapters?

RB: I all heard was that we have to amputate things. (Laughs) That was more at the very end. Prior to that I was able to just write and write. When I write I am very clean and careful so there is not a lot of re-writing that has to be done. Aside from some grammatical era’s which the copy editors handled there wasn’t a lot of restructuring. When I first started I had this sort of romantic view of a writer/editor relationship as I had read stories about writers that I liked that had these intense relationships with their editors where they fought back and forth about what was going in the book. That’s what I was expecting but instead I got a lot of encouragement which is what I needed. I guess I wanted my hand held a little bit through the process but, I didn’t get that. (Laughs)

AL: Was there ever any worry about bringing further attention to these events and their relationship to the band?

RB: I had to examine that and certainly think about it for awhile. I don’t think there can be much more attention drawn to the situation that what has already happened. Anytime an article or something comes out whether its something it’s something as simple as going to Disney Land the events from the Czech Republic are going to be mentioned. No matter if it’s applicable or not it gets mentioned. There’s just so much misinformation out there about this that I figured if it’s going to be talked about I might as well set the record straight. If this brings the story to new people then at least they will know the real story. It won’t be something they found on the internet which needed to be put through Google translator or something like that. They get the straight dope from me. I wrote the book in a way that people from outside the metal scene will understand. I wanted people not from that world to read this as well. There is enough universal treatment and value related to personal accountability that no matter where you are in life you can relate to a degree.

AL: When this is all done do you feel you will be able to close the book on maybe just a small piece of that experience?

RB: Yes. I know I am going to be still continually aske 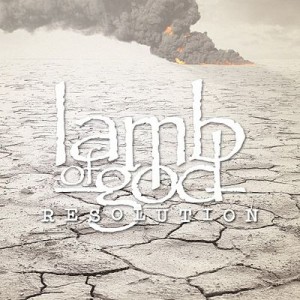 d about this but once press and everything is done for the book and it gets brought up later on I can just refer people to the 500 page book I wrote about it. That’s it. Just a very short answer as the book has everything people need to know about what happened.

AL: The first two songs from the band’s new album “512” and “Overlord” are quite different from one another can you tell us about that and if there was anything different in the creative process this time around for you guys?

RB: “Overlord” is actually the first song the guys have done where I can sing over the top of it. It isn’t a bid deal or something that was done consciously. One day Willie was playing some blues licks and I started humming along and that’s really all that happened. It just was very natural and organic. As far as how things were done with this album it was all the same. We have been doing this for 21 years now so we aren’t reinventing the wheel or anything like that. We have been doing this a long time and it is what it is. We just try and grow as musicians with each new album.

AL: The band kicks off a summer tour run in a few weeks can you tell us about that and any other plans you guys might have for 2015?

RB: We will be out on the road with Slipknot for 8 weeks. After that we have about a month off before heading over to South America for 3 shows. After that we head to Europe for about 5 weeks with Children of Bodom and then we will be in the UK with Megadeth.

AL: After what happened in the Czech Republic does traveling to these other countries every worry you at all?

RB: No. From time to time when I’m walking down the jet way I do get a little nervous. (Laughs) I have been around the world twice and it wasn’t ever like I was in hiding for two years or something like that. I was right back on the road immediately after everything was over.

Be sure to check out our review of “Dark Days: A Memoir” in the review section of the site.