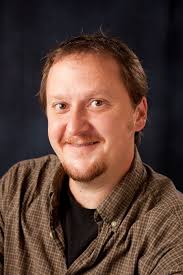 Depending on who you ask, Jason Offutt is one of the leading journalists on things that go bump in the night, or he’s the helpful professor for hundreds of future journalism students at Northwest Missouri State University. Both can agree though, he’s a damn good writer. Avid readers of Jason’s work might be surprised by his next release, “A Funeral Story”. Instead of providing a good non-fiction scare, and a need to leave a nightlight on, Jason has crafted a fiction book that will have people snickering and laughing as they turn the page. Jason Offutt took time during a busy finals week at Northwest to talk with Media Mikes about his first novel.

Jeremy Werner: Alright Jason, tell us about “A Funeral Story”
Jason Offutt: “A Funeral Story” is a story about a 30-year-old man that still lives at home, plays dungeon and dragons with his old high school buddies every Friday and nobody knows that he likes to pick up and have sex with strange women at funerals.

JW: (laughs) Where does an idea like that come from?
JO: I have no idea, actually, where it came from. I was sitting at Kansas City International Airport waiting for a flight to Houston and it just popped into my head. I carry a notebook everywhere and I probably wrote three chapters as I was waiting on a plane.

JW: So this isn’t based on anyone?
JO: No. Nobody at all.

JW: Do you see any of yourself in this character?
JO: No. I never picked up any strange people at funerals…I think lots of writers do this, they try to put people in ridiculous situations and see how they react. And somebody trying to pick up sex at a funeral is probably the most extreme I could think of. That’s probably where it came from.

JW: I’ve read the book and it can be pretty filthy. Was there any part of you that was worried about publishing something like this?
JO: Well…a little bit because what I’ve written before is family friendly. So to that extent, yes. I am going to put a warning out there for people who are use to my non-fiction that this is not family friend, but one of the things that I’ve been known to do is take things to a level that people probably shouldn’t go to. (laughs) That’s what I did with this.

JW: Now, if someone who doesn’t know you was to look at your previous writing examples, and even people who’ve read all your works, they’ll notice you usually write about the paranormal. Were you starting to get burnt out on writing about the paranormal or did you just want a change of scenery?
JO: Right. I’ve been finding that out. I’m going to be on a Travel Channel show this season because I’m the go-to paranormal guy. But…I’ve always wanted to write novels. Ever since I was 10-years-old, I remember telling my parents I’ve wanted to write novels when I grew up and of course they laughed, rubbed my head, and sent me off to play. But that’s something I’ve wanted to do forever. I’ve been stuck with the non-fiction mainly because I was a journalist for 17 years and that’s what I’ve done. And I finally decided…if I want to write novels, I should probably do it because if I don’t now, I’m going to regret it later.

JW: Is this your first novel?
JO: It’s my first novel being published. I wrote one before it that’s being published in a year from January. I got two novels coming out in 2016. They’re a book series on…it’s an apocalyptic type series.

JW: Are you going to stick with fiction for a while or do you see yourself going back to writing about paranormal occurrences and what not?
JO: If the right subject, the right book hits me, yeah, I’ll definitely go back to non-fiction. But I’m having a lot of fun right now writing fiction.

JW: In terms of your fiction writing, do you ever see yourself straying away from humor and going more for a serious tone?
JO: No matter what I write, something funny comes out because that’s just what I’m use to. I really, really want to write a horror story. I really want to write something terrifying. So that’s something I got going on in the future.

JW: I assume you’ll pull some inspiration from some of the real-life horror stories you’ve heard from people.
JO: Oh yes. I’m definitely going to heavily rely on the non-fiction work that I’ve done on the paranormal and on ghosts, spirits, monsters. I think that’ll help…lend it a lot of realism.

JW: I know you’re always working on something. Do you have anything that you’re piecing together and working on now?
JO: I’m working on something. I’ve got a lot of notes down. My wife and I just had a baby about a month and a half ago.
JW: Oh wow. Congratulations. I didn’t hear that.
JO: Well, (laughs) it was a bit of a surprise because I had vasectomy six years ago. 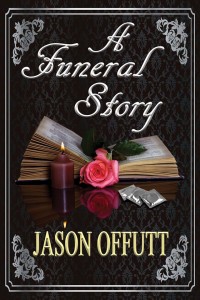 JW: Oh. Holy crap.
JO: (laughs) Yeah…I was OK six years ago, everything went well, but I was one in a couple of thousand people that found out my super power is I can heal myself. So I took notes throughout the pregnancy and wrote a bunch of funny stuff that happened. The tentative name for the book is “The Vasectomy Diaries”.

JW: I know you’ve written about your kids and being a father before. Do you still do that?
JO: I still write a weekly humor column and I write funny stuff about the kids, once and a while when they do something ridiculous, which is quite a bit. So I still do that kind of writing.

JW: I know you have a lot of different projects and there was a monster killing book you were working on. How’s that coming along?
JO: I found a publisher and it’s coming out in January.
JW: Tell us about it.
JO: The book’s called “How to Kill Monsters Using Common Household Items”. It’s a book about what would happen if the monsters took over and invaded your house. What do you have if a werewolf breaks into your house? What do you have lying around that you can use to kill it? And I go through just random things around your house that could kill a werewolf, vampire, demonic clown, gnome, killer robot from the future, velociraptor, lots of other different types of monsters.

JW: Is this another humor book or could it be considered real advice?
JO: It’s more humor, but you know what? You could seriously beat a zombie to death with a prosthetic leg. So it’s pretty handy.

JW: How many monsters do you cover in this?
JO: 14. Including reanimated corpses like Frankenstein’s monster, dragons and your evil twin from an alternate dimension.

JW: Do you ever see writing as your full-time gig?
JO: That…I think that is about every writer’s dream, to do it full time, but realistically…there are only about 120 writers in the country, that’s all they do is write books. I could see that if I got successful, but you know what? I really enjoy teaching college students. So even if I did get to the point where I could write books for a living, I don’t know if I would. I think I’d keep teaching.

“A Funeral Story” is available December 19th.
You can check out Jason at his website, http://www.jasonoffutt.com, or follow him on Twitter: @TheJasonOffutt
You can also read his writings, at jasonoffutt.blogspot.com and at from-the-shadows.blogspot.com