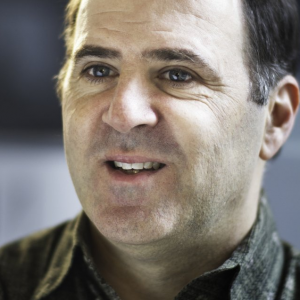 After almost a decade as a short-film maker, director Keith Miller hit pay dirt in 2012 when his first feature film, “Welcome to Pine Hill,” was either chosen, or nominated, as Best Narrative Feature at film festivals from Atlanta to Tribeca. With that history behind him, fans were ready for his next film, the gang drama “Five Star,” which again earned Miller acclaim both behind the camera and for his editing. Not to be outdone, he also wrote the screenplay!

Currently playing in New York City, the film opens today (July 31st) in Los Angeles and will be available on VOD and iTunes beginning August 4th. While promoting the upcoming release, Mr. Miller took time out to talk about “Five Star.”

Mike Smith: How did you conceive the story of “Five Star?”
Keith Miller: I wanted to tell a story about manhood, and what it means to be a man. I met Primo (Primo Grant, the star of “Five Star,” is a former member of the Bloods street gang) and we did a one-hour, on-camera conversation. We hung out a bunch of times and got close so I decided to tell a story and use a lot of the details from his stories. So that was the origination of setting the story in that locale and with those specific figures.

MS: A majority of the cast, Primo among them, are not professional actors. Was that something you looked for when casting…trying to gain more realism?
KM: Yes, definitely. There are a couple people in the film who are actors but the goal of the movie, and an important part of the decisions I make to heighten the realism, is my shooting style. The lighting…the choice of locations…and definitely casting. I want it to feel like the audience is actually visiting the places I’ve imagined and are being introduced to them and the people there.

MS: Because of Primo’s past was there ever a time he felt he needed to correct something in the script…maybe disagree with a line or a situation? 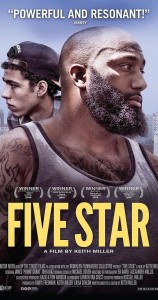 KM: Rarely. There was one point where we talked about him getting mad and mentioning his work with his family around and he said he wouldn’t do that. He wouldn’t talk about work at all in front of his kids. There were also small things in other scenes that, to him, didn’t feel right, but it was really no different than working with any other actor.

MS: You mentioned trying to achieve realism. The film almost has a documentary feel to it. Was that an intentional decision on your part?
KM: Yes. The inspiration for the movie is a lot of what I would consider “realist” movies from the past five years or so and also a lot of observational documentaries. Movies that really made you feel like you were experiencing something from the inside. I wanted the camera and the look of the movie to feel as non-judgmental and intimate as possible. I thought that if it were locked down on sticks…on a tripod…it might be more cinematically recognizable but also that it would feel more staged. And I didn’t want that. Also, two of the four camera operators I used shoot mostly documentaries and I really wanted to work with them.

MS: What else do you have coming up?
KM: I’m working on a comic web-series that was written by a friend of mine, Chris Poindexter. And I’m working on the script of my next feature, which is still in the early stages. I’ve got a long way to go!