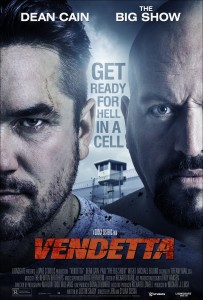 I first noticed Dean Cain when he appeared in a short arc as Brenda’s boyfriend, Rick, on “Beverly Hills 90210.” Yes, I admit I used to watch that show. The next year, 1993, everyone noticed Cain when he starred opposite Terry Hatcher in the popular series “Lois and Clark: The New Adventures of Superman.”

Cain is a product of Hollywood. His mother, Sharon Thomas Cain, is an actress and his adoptive father is director Christopher Cain (“Young Guns,” “Pure Country”). An outstanding college running back, Cain was signed by the Buffalo Bills but injured his knee in training camp.

After “Lois and Clark” left the air he continued growing as in actor with roles on such shows as “The Division” and “Las Vegas” and in films like “Rat Race” and last year’s “God’s Not Dead.” This week, June 12, you can see him as a police detective who gets himself sent to prison in order to get revenge on the convict that murdered his wife in the new film from WWE Studios, “Vendetta,” directed by the Soska Sisters. And fans can see him throughout the television season in no less than three series, including the upcoming “Supergirl.” While shooting a new project in New York, Mr. Cain took time out to talk about his new film, his belief that “Supergirl” will fly and why you’ll never find him at a karaoke bar.

Mike Smith: What attracted you to the film “Vendetta”?
Dean Cain: The idea of someone just hell-bent on revenge in a really brutal movie to me is a no brainer! This character goes from good to bad and is hell-bent on revenge. And the other thing that really attracted me was that Jen and Sylvia Soska were directing it. They came highly recommended and they proved why they came highly recommended. It was so great to work with them. I hope they hire me again.

MS: It’s really a very change-of-pace role for you. Is that another reason you found it attractive?
DC: Actors always like to play different things. If the last film is a comedy you go do something that’s heavy duty with action. To me, the change-of-pace to play this character was great. I had been playing a character on the television show “Hit the Floor” for the past three years who’s a basketball coach and somewhat a womanizer. He’s a completely different kind of guy. So it was fun to put on the brass knuckles and get down to the nitty gritty without a doubt.

MS: Is there a role out there that you’d really like to play but no one has ever 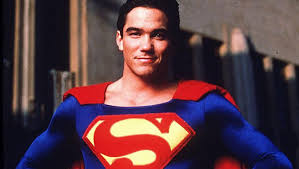 offered? Is there a musical out there with your name on it?
DC: (laughing) If I’m in a musical, that could mean the end of my career. I just cannot sing. I don’t have it. And I’m not being humble, I’m being very truthful. That is not a good look for me. If anyone even liked me remotely they wouldn’t after they heard me sing. I’ve done a Western I really enjoyed…I’ve played a lot of police officers and soldiers. I’ll play anything that tickles my fancy. I certainly don’t want to be married to just one type of character. I have two series on the air now that I play very different characters. And I host a new show called “The Masters of Illusion” on the CW that starts in a couple of weeks. On “Hit the Floor,” as I said, I play a basketball coach who’s a womanizer and in “Supergirl” I play Supergirl’s foster father, who’s a scientist. So I’m getting to try my hand at a little bit of everything.

MS: You recently wrote and directed a short film called “The Red Pill.” Do you plan on concentrating your career more on being behind the camera?
DC: I like working both in front of and behind the camera. That was a project that we put together for a competition, so we had very specific things we had to do and conform to. They asked me if I was interested in joining in and I readily agreed. That was fun. I’m finishing writing a script right now…a family project that will be fun to watch. I’d be very happy to co-direct. That would be fun. The thing about filmmaking is that you never have to choose one over the other. But directing is hard work. Acting is pretty much easier. You play your character and you can leave. You’re done. You get to move onto something else. But if you’re the director, you’re the last one out. You get to think about the project all day, all night, all the time. You have to put the thing together. There’s so much work. I’ve watched my father do it. I enjoy it but right now I don’t have the time to focus. 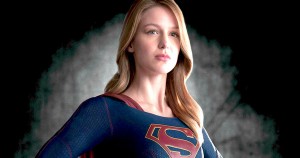 it’s also fun. It’s funny and enjoyable in the same way that “Lois and Clark” had nice humor and some romance, this has all that. The same vibe. I think it’s going to catch on and do very, very well.

MS: How have the visual effects changed in the two decades since “Lois and Clark?”
DC: Man…the visual effects now are on a whole different scale. It’s amazing. It’s amazing what they can do on a television budget, because it looks like it was done for a giant feature film. The amount of effects just in the pilot episode are ridiculous. They are now able to do things so much quicker and better than we did without a doubt. It’s night and day…night and day differences. She looks cooler when she flies. Everything is cooler and better.

MS: You mentioned the film that you’re writing. Do you have any other projects planned?
DC: Oh, always (laughs). I can never just do one or two things. I’ve got the three series we talked about. And I’m just finishing shooting something here in New York that I can’t talk about yet. I’ve got a few other things but nothing I can talk about yet. You’ve got it all covered for the time being.