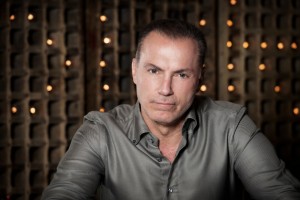 You may not know Al Sapienza by name but you surely know his face. Probably best known as Mikey Palmice on “The Sopranos,” Sapienza has appeared in over 200 films and television programs. On the big screen he’s been seen in films like “Pretty Woman,” “Free Willy 2” and “Lethal Weapon 4” while on television he’s co-starred on such programs as “Law and Order,” “NYPD Blue” and “Blue Bloods.” He has also appeared in both the 1998 and 2014 versions of “Godzilla” This week Mr. Sapienza can be seen alongside Liam Neeson in “Taken 3.” To help promote this appearance Mr. Sapienza took time out to talk to me about what he does and why he does it.

MS: You wouldn’t want to be here today…it’s three below zero! So what attracted you to do “Taken 3?”
AS: I’m one of those actors who loves to work. I love to work. And I don’t look at work as “work.” I honestly don’t. When I’m working I’m not working. I’m working when I’m not working! It’s fun being creative…being around creative people. Even though I’ve been an actor for 30 years I’m also a fan. I love it. I love movies…I love TV…I love the theater. Before I went on the audition I watched the original “Taken.” To be honest I hadn’t seen it but since I had the audition for “Taken 3” I watched it and I really liked it. Then I watched “Taken 2.” I’m a 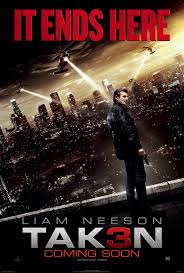 tremendous fan of Liam Neeson. I think he’s incredible in everything he does. He throws himself into every part he does. And now I finally have the chance to work with him. And it turns out that he’s just a real regular and good guy. Plus it’s a big movie…it’s a big franchise with a big following.

MS: You’ve appeared in other sequels. Is it difficult going into a project like that…one that might have an already established cast and crew?
AS: It’s funny. It’s all the same. If you’re acting correctly…if your just totally in the moment…if you’ve created this fake reality in your imagination and in your mind and just be real yourself…on the acting standpoint it doesn’t matter if it’s a sequel or a one shot deal. You shoot to do a great job all the time. And to me, that’s what is cool about acting!

MS: You’ve done a lot of both film and television. Do you have a preference?
AS: Good question. The only difference to me is that it’s a longer process on a film. You have more time to be creative…they have more time to shoot. Sometimes for a movie that’s an hour and a half you shoot for seven weeks where on a television show that’s an hour long you shoot for eight days. TV really gets your adrenaline going…it really makes you feel good about yourself. When you get to the set and six in the morning you better know your lines…and everybody else’s lines. TV is really more demanding, because you have to be ready to just knock it out where on a film you have more time. What I’m really excited about is cable television. I think that the movies are moving towards being corporate franchises…Batman, Spider-man, Transformers. They keep trying to do this multi-million dollar franchises with all of the marketing and promotions. I think cable television is going to continue to be cutting edge.

MS: Speaking of multi-million dollar movies, you have the rare distinction of having appeared in both 1998’s “Godzilla” as well as this past year’s version. Do you have a favorite?
AS: That’s a tough one. The director of this past “Godzilla” (Gareth Edwards) had done a great film called 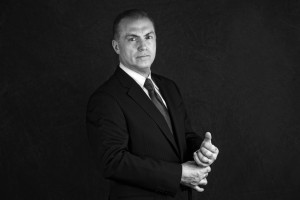 “Monsters.” He did it on an incredibly small budget, doing all of the special effects himself on his laptop. I really enjoyed working with him, he was such a special guy. I also enjoyed the earlier one, working with Roland Emerich and Dean Devlin. But I think I enjoy Gareth’s film better because I think he tried to be more like the old, classic films…more about science and science fiction.

MS: Normally I’d ask what your next project would be, but if the Internet Movie Data Base is to be believed you have no less than 22 projects between now and next year. So I guess I’ll ask what you do in your spare time?
AS: (laughs) Spare time? I’m an actor, I don’t need spare time. I like to play football on Saturday mornings. There is a long running game played in New York that has been going on since 1964. They play every week, be it snow or rain. As for what is next, I’m very excited about a mini-series running now called “Ascension,” which will be shown on the SyFy Channel. It’s a very, very interesting show with a very, very interesting concept. That’s what I’m really excited about at the moment.