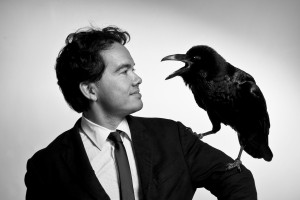 A filmmaker himself, author Tony Lee Moral is best known for his books about the legendary film director Alfred Hitchcock. In 2002 he released “Hitchcock and the Making of ‘Marnie'” and followed it up a decade later with “The Making of Hitchcock’s ‘The Birds'” His next book is also about the master of suspense, “Alfred Hitchcock’s Movie Making Masterclass.”

With the growing popularity of Alfred Hitchcock, 33 years after his death, Mr. Moral has released a revised edition of his first book. He recently took the time to answer some questions about the influence and genius of Alfred Hitchcock.

Mike Smith: You’ve written three books on Alfred Hitchcock. What is it about him as a filmmaker that makes him your favorite subject?
Tony Lee Moral: Hitchcock for me is the definitive film maker, and his career and films span the history of cinema. His films have been a huge part of my life, ever since I saw my first Hitchcock film (I Confess) at the age of 10. I took part in the 1999 Alfred Hitchcock Centennial celebrations and have interviewed many scriptwriters, producers, actors who worked with Hitch. The more I watch his films, the more I become fascinated by the man behind the camera, as there is so much to learn from his life.

MS: Why do you think that, more than three decades after his passing, people are still interested in his films?
TLM: I think Hitchcock was a great storyteller and that will never go out of fashion. He was a master entertainer who put the audience first and always wanted to take them on a roller coaster ride. “Psycho” is probably the best example of that, as watching it is like a trip to the Horror-Fun House.

MS: Do you have a favorite Hitchcock film? 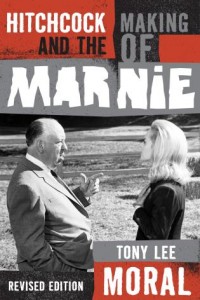 TLM: That is very difficult to choose, I’d say “Marnie” because of the characters and psychology. “Vertigo” is a very close second. And after that I’d choose “North by Northwest” or “The Birds.”

MS: As a filmmaker yourself, have you ever caught yourself intentionally cribbing a shot from Hitchcock’s work?
TLM: Absolutely, I’m very influenced by Hitchcock’s film grammar, from Long Shots to Big Close Ups for emotional impact. For my “Alfred Hitchcock’s Movie Making Masterclass” book, I really studied his use of film and my respect for him as a master film maker deepens. He was a true director who understood the medium of cinema and was a great teacher who influenced many other directors.

MS: What did you think of the film “Hitchcock?” Did you think Anthony Hopkins captured Mr. Hitchcock’s aura?
TLM: I liked it, but have only seen it once in the cinema, which isn’t a good sign. I thought it was light hearted and not mean spirited. I admire Anthony Hopkins and Helen Mirren as actors, but there were dramatic licenses taken in the film which I didn’t agree with. Overall, if it brought Hitchcock to a new, fresh young audience then that’s a good thing.

MS: What is your next project (either written or film)?
TLM: My next project, which I’m currently writing, is a book about Alfred Hitchcock’s reputation, especially since his death and the recent biographies that have followed it. It’s going to be very revealing and I’m really digging deep for this one, though it won’t be published for several years. I’m speaking to people who haven’t spoken out before about Hitchcock, and I’m hoping that this book will change the way we view Hitchcock and his movies in years to come.