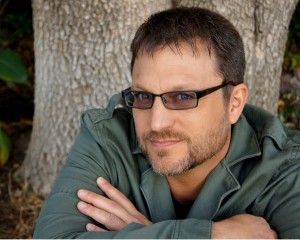 Steven Blum is one of the best in the voice acting business. He has such amazing range working on shows such as “Cowboy Bebop” voicing Spike Spiegel to “Doc McStuffins” voicing Commander Crush to “Avengers: Earth’s Mightiest Heroes” voicing both Red Skull and Wolverine. Recently he is taking on the role of Zeb in “Star Wars Rebels”. Media Mikes had a chance to chat about “Star Wars Rebels” with Steven and his a few of his other voice roles.

Mike Gencarelli: Tell us about how you got the role of Zeb in “Star Wars Rebels”?
Steven Blum: Well, I auditioned for it like everyone else in town. I didn’t even know what it was for when I showed up. They called it a completely different name and edited out any of the information that would have made us know it was “Star Wars”. I didn’t actually know it was what it was until I booked the role. I was in England at the time at a “Transformers” convention when I got the email that I landed the job and I needed to record it there. So I had to find a studio in the middle of the countryside at this guy’s house and started recorded. About 10 minutes into the session, I am looking at the script and I see Stormtroopers in the copy and I said “What a second…this is Star Wars…THIS IS STAR WARS!!” It was a huge surprise. I just didn’t know the scope of this show. I have done “Star Wars” projects before but it was only in the video game context, so to get to work on the franchise on something this big is ju 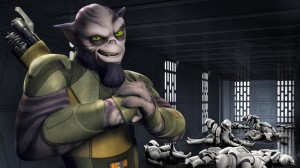 st an incredible thing. I got to introduce not only a new character but also a new species into the “Star Wars” universe. It was incredible.

MG: Where did the find the voice for him?
SB: We played with it a little bit. (Speaking in character) “It started out in the lower range” and we ended up tried a bunch of different accents. We did Eastern European, Australian and all sorts of different things. We landed on something that is sort of English with other ascents peppered in. It is sort of like a bad English accent [laughs]. I am apologizing to the entire UK for my bad accent [laughs].

MG: You also voice Shoe and Sparky in “The Boxtrolls”, out now.
SB: I am very excited about “The Boxtrolls”. It is an amazing piece and I have been a fan of LAIKA’s work for a long time. I even got to go to the studio and play with the puppets and see how these amazing people have put this film together. Every single bit of this film is hand 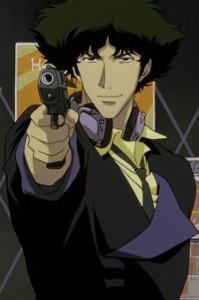 made. It is phenomenal. They made like 3,000 different faces for this film with magnets on the back so that they can swap them out for each shot. It is uncanny.

MG: Since you have voices hundreds of characters like Spike Spiegel in “Cowboy Bebop” and Wolverine in various projects; if someone asked you to do a voice what is one of the first that comes to your mind?
SB: It depends on what I am working on that day. I always have a million voices going on it my head [laughs]. I need to do this job so I can let them out and not explode. So, it depends on the day. People can usually just point at a character and I can remember their voice and speak it.

MG: You have done a wide mix of villains and heroes; do you have a favorite type of character to voice?
SB: [laughs] It also depends on the day. If I am really pissed off and sitting in traffic, I will let a lot of that energy out. I do love playing the heroes too though. I love working on kid’s shows also now like Disney Junior’s “Doc McStuffins voicing Commander Crush and the two Karate Kangaroos. It has been really fun to work on something that is so child friendly.