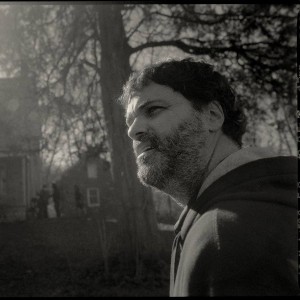 Eduardo Sánchez is best known for co-directing and writing the found footage horror flick “The Blair Witch Project”. Since then he has given the horror genre some great films like “Altered” and “Lovely Molly” and even crossed over into TV with the BBC America series “Intruders”. His latest film is a real labor of love and easily his best film to date called “Exists”. It is a Bigfoot creature feature like no other. Eduardo took out some time to chat with Media Mikes again about his kick-ass Bigfoot film and what we can expect.

Mike Gencarelli: What made you want to do a film about Bigfoot?
Eduardo Sánchez: I grew up in the 70’s and Bigfoot was my “Avengers”. It was my monster growing up. It scared the crap out of me but at the same time it also fascinated me. I mean, this creature lives in the woods? Daniel (Myrick) and I were inspired by the Patterson–Gimlin film, “The Legend of Boggy Creek” and the TV series “In Search Of” and without those there wouldn’t have been “The Blair Witch Project”. I have wanted to make a Bigfoot movie for a long time. The movie “Harry and the Henderson” made Bigfoot a punchline, even though I laughed myself. There is still this part of me that wants to show this kick-ass Bigfoot that is scary and fucks shit up and not in a cartoon way. It doesn’t have super human strength, it is just a strong big ass animal. This is the like the third Bigfoot project that we have tried to get off the ground and we finally got it financed. I have been looking for THIS version of Bigfoot since I was a kid. It is a guy in the suit but he is cool, fast, strong and smart. It is my sort of my love letter to Sasquatch. I owe that whole culture so much and I really wanted to do right by it.

MG: I love that you kick off the action and suspense right from the start of the film with no bullshit!
ES: Thanks dude! I mean, we all know who the main character of the movie is. You can’t delay man. You can’t. That is how I felt. I wanted to see it just as bad as the audience did. I wanted to get to the creature fast and get right into the good stuff.

MG: Tell us about how you created your Bigfoot, which looks fantastic?
ES: I had an idea that I could bring a really cool Bigfoot to life. Most importantly, I thought I could do it without the use of CGI. Not that I am against CGI but Bigfoot needs to real man. I basically just went balls to the wall to try and create something that has 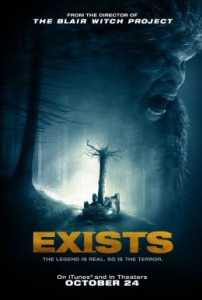 never been seen before or at least in a long time. I knew we would need to have a kick-ass creature. We first got WETA, the guys who did “The Lord of the Rings”. We had a connection to them through our producer, Mark Ordesky. They came in and did some design work for us. When it came time to build the suit, we called our friends at Spectral Motion. They have done a bunch of films with us and we are like family. They finished up the design and built this crazy suit. Let me tell you man, at the end of the movie we get close to this character and it really holds up. So we were all excited.

MG: Brian Steele is a man who knows how to become a monster; how did he get involved?
ES: Spectral Motion are the ones that pitched me on having the right person in the suit. They brought up Brian Steele. It’s funny because Brian actually played the role of Harry in the “Harry and the Hendersons” TV series. So he was just perfect man and it really worked out. When the suit was done, we went to LA and were going to see it on Brian for the first time. So we shot this little test movie and once we saw it man…it just blew us away man. A couple of times during shooting, we would all look at easy other and just say that we couldn’t believe that we were making a Bigfoot film. We had to pinch ourselves to make sure it was real.

MG: Tell us about the use of GoPro cameras in the film?
ES: You can’t really do a found footage film these days without the use of GoPros since they are so ubiquitous. Everyone has got them today. If they are out in the woods and shooting them these guys doing all this crazy shit then we figured we would have to use GoPros. We haven’t worked with them before this and it was before the new ones came out, so we were using the Hero2 model. It definitely had some limitations but we are very happy with the way it turned out. There is a lot times where it is supposed to be a GoPro also and we are shooting with a 5D or something like that. I just love that you can run and hide and that camera is just shooting non-stop. I love that.

MG: How did you shoot the house tumble scene?
ES: I can’t really discuss the budget, but we didn’t really have a lot of money. Obviously the Bigfoot suit was where most of our money went. But our effects guys were just great. They shot all the outside stuff and it going over the cliff. Then the inside stuff, we literally took the same trailer and put it on a gimbal, between two stands, put some silly stunt people in there [laughs] and just shook it up man, like a clothes dryer! You are always nervous asking stuntmen to do certain things but they really had a lot of fun with this and nobody got hurt, which is good. While they were spinning, 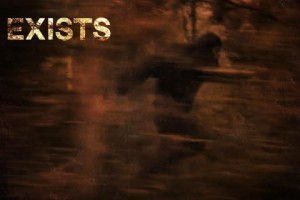 we just put a bunch of cameras in there and then we just cut it together with a bunch of different angles. I think it came out really well.

MG: What was your biggest challenge on this film?
ES: It really was figuring out the creature like where the creature looked good and where it didn’t work out and then just trying to keep that sensibility throughout and not letting it get out of control. A lot of times you get a really good effect and the movie just shows it to death. But if you are going to do a Bigfoot movie man…you got to show the fucking monster. You can’t cheat the audience. This was one of my main goals…to show this creature. But we focuses on how to do this right and not let the audience get tired of seeing this creature. I never forgot that this was a guy in a suit and we shoot it with that in mind. People were just having so much fun though and we really have a great team. This film was a labor of love for a lot of people.

MG: What do you have in the cards next?
ES: Absolutely man! I have been getting into some TV recently. I just did the show on BBC America called “Intruders”. I directed the first four episodes of that and I loved it. It was such a great experience. Gregg (Hale) and I are actually trying to get a TV show of our own going. We are close. I think we have the right idea from the reactions we have been getting. It is just a matter of getting everything pitched to the right people. Then we also have like five features right now that are currently in various stage of development. We are about to get a green light on one of them very shortly. So 2015 seems like it is shaping up to be a very busy year, which is great.