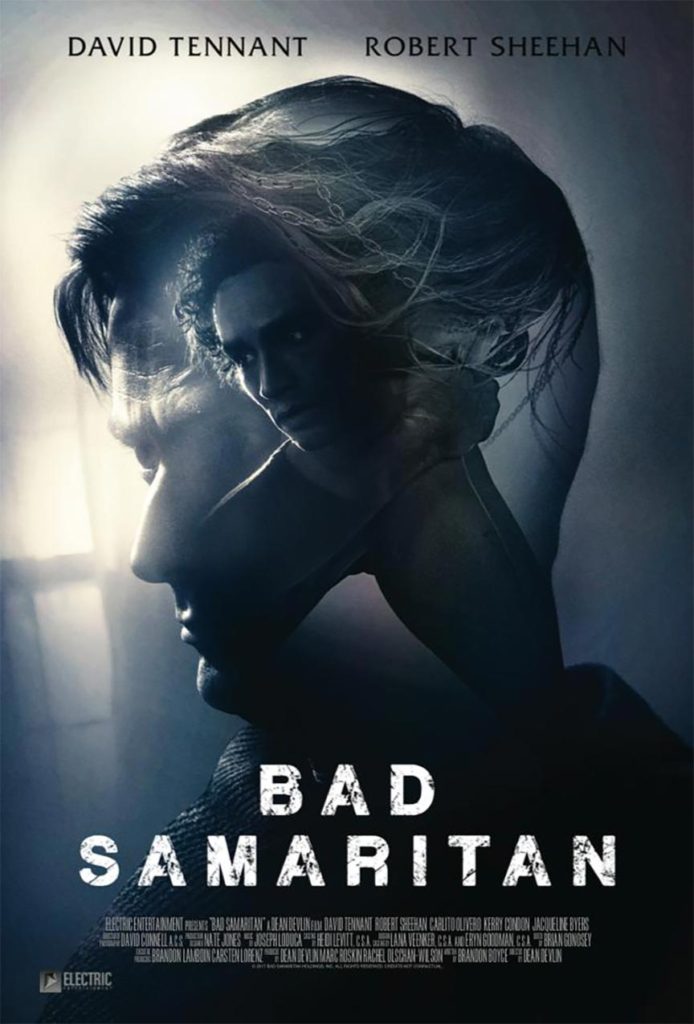 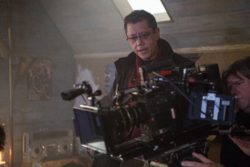 Dean Devlin went from starting out chauffeuring for Al Pacino in the early 80’s to writing/producing some one of the biggest films including “Stargate”, “Independence Day” and “Godzilla (1998)”.  Dean stepped into the director’s chair for the first time last year with the big-budget “Geostorm”. He is back again directing and producing a new film starring David Tennant and Robert Sheehan called “Bad Samaritan”. We had a chance to chat with Dean about this new movie and how was it shifting in scale from big studio to independent.

Mike Gencarelli: “Bad Samaritan” has been in development since at least 2013, can you tell us how about you became involved with it?

Dean Devlin: What happened is, back then I got a call from writer Brandon Boyce, who I have been a fan of since “Apt Pupil” and “Wicker Park”, and he said he just finished a new script but before he sent it out to the world he asked if I would make some notes. I read the script and I only had one note for him…and that was not to show it to anyone else because I was going to make this movie. I was in love with it and bought it immediately. Right after, I went on did two other projects, so I had to wait till I was done with those to get back to it, but I was desperate to make the picture from the moment I read the script. 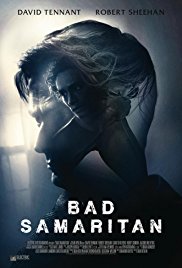 MG: You directed, produced and wrote “Geostorm” and with “Bad Samaritan”, you produced and directed; how was your experience differ between the two?

DD: Well, the experiences were night and day. The difference is doing a movie in a studio or independently. All of my best work has been from projects where it was independent or we had the creative freedom we needed. This was night and day, the best experience that I have ever had making a picture.

MG: Yeah I would agree, the scale is very different; what was your biggest challenge on this film?

DD: It is so out of what I have ever done before. I have never done this dark tone before. For me it was top to bottom, I had to rethink everything I would do like framing a shot for example or approach music. It was a terrifying task to take on but at the same time, it was thrilling. I have an amazing team of people. We spent a lot of time doing our homework and making sure the thrill and tone were set effectively. It was so exciting to do.

MG: How did David Tennant and Robert Sheehan come on board? 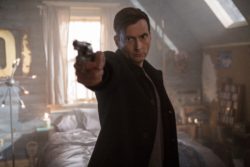 DD: Again, because this was an independent movie I didn’t need anybody’s permission to cast the film. If you do a studio film, that the process can be ridiculous. This was the case were I could just cast simply best actors we could get. My dream cast was to get Robert Sheehan and David Tennant in these roles. I felt like so blessed when they both said “yes”, because I really didn’t have a second choice for either part [laughs]. You get somebody in your head and it’s really hard to rethink it. When I did “Independence Day”, we wrote that part for Jeff Goldblum. If he had said “no”, we would have had to rethink the entire part.

DD: It really depends. I would have to say there are three and if they are on television I can’t turn them off. It doesn’t matter if I catch one scene…the first is “Enter the Dragon”. Another is “Tombstone”. I have to at least stay on until he says “I’m your Huckleberry” [laughs]. The last one has to be “E.T”. Those films are the ones that I can’t get enough of.

MG: What would be a dream project for you to direct? 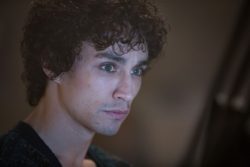 DD: Listen, I have been so blessed in my life that once I have a dream project in mind, it becomes my next film. I approach this whole business like a fan. I never try and figure out what is going to be a success, I think that is a mistake. For me, it is like a fan boy, what do I want to see? And if no one else is making it then I try and go make it. I have been blessed from being able to make “Independence Day” and that I got the script of “Bad Samaritan” from Brandon Boyce. Each time out has been a dream come true.

MG: I am impressed to see that an independent film like this is getting a decent theatrical release.

DD: Well you know, the new Avengers saw that we were on their date…and they knew…they knew they needed to get out of our way. Run Avengers! [laughs]. I am going to throw this out for your readers: What is the thing that is in both in the new “Avengers” and “Bad Samaritan”? Let us see if readers can figure this out. (Leave comment below!)