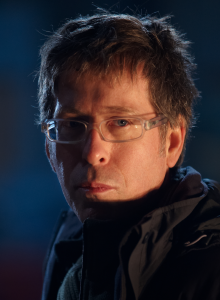 Kevin Greutert is the director of the films “Saw VI”, Saw 3D: The Final Chapter” as well on editor on the entire “Saw” franchise. His latest film is called “Jessabelle” and is a ghost story set in Louisiana. Media Mikes had a chance to chat with Kevin about the film and what we can expect.

Mike Gencarelli: How was it going from directing “Saw 3D” to a film like “Jessabelle”?
Kevin Greutert: I was very eager to step away from the “Saw” franchise. I loved doing those movies but I wanted to get on with something different and really work with characters that are more developed and have more dramatic texture going on. When this script crossed my desk, I was super excited. It felt like a real breath of fresh air. We made it for a lot less money and a lot less time than most of the “Saw” movies. So in that regard, there was some different challenges as well. There are times when you what to put a camera or lights somewhere but it just isn’t possible. But It was absolutely worth it since the story is so good and the actors and crew were such a pleasure to work with. They made it so easy.

MG: Did you enjoy working in a more slow burn type of horror?
KG: The “Saw” movies were so energy fueled. I love making movies that are as physically engaging as possible. You say slow burn but I hope it isn’t too slow [laughs]. I have been told that this movie has a really amazing pace to it. It is not a movie that is throwing stuff at the screen the entire time. I think the most fun scenes in the film are the really quiet scenes that rely on the tiniest sound to trigger a scare or you see a shadow move in the background. To get to play with that kind of aspect instead of arms getting chopped off felt great and it felt really great on the set. There were no sets for this film, it was all shot in an isolated plantation. You can hear the night birds and there were alligators everywhere. So it was great to do a quiet ghost story.

MG: Like with the “Saw” franchise, you also edited “Jessabelle”; tell us about that aspect?
KG: It is interesting, I enjoy editing a lot but there are challenges to doing both. Directing a film is like climbing Mount Everest. It is really hard and takes all of your resources. By the time you finish, you really just want to go to the Caribbean and spent a month decompressing. By editing the film myself as well, I am climbing Everest and once I reach base camp, I have to turn around and do it again. It is that hard. There is no time to waste and you need to get right back into it. If there is any problem with the footage, it is on you. If I am editing someone else’s film and if something didn’t come out right or they failed to shoot a scene or get a shot, I 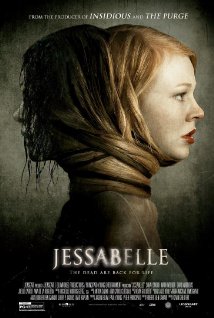 can say “Man, those guys screwed up” [laughs]. That being said, I still felt pretty good when we got this film in the can. There were no reshoots needed or anything. So the hardest part of editing this film was actually all the stuff that I had to leave on the cutting room floor. Sarah Snook does every take different and they were all great. I am only person in the world who will see how these scenes could have been. These are tough decisions to see something so good and not be able to use it because something else was slightly more appropriate. That is a challenge but it is still very exciting as a filmmaker.

MG: That tub scene is quite effective; tell us about shooting that?
KG: Yeah, the bathtub scene was a tough one. Basically, we had to figure out how to create the sensation that the tub was filling up with swampy, oily, disgusting water. We had to find a place to shoot it. We were in this abandoned three story mansion. The only room we could do it was on the second floor, so in the dining room underneath, we had to build a giant 4×4 super structure to keep the tub from failing through the floor. It was probably our biggest shoot day. We had to have condor cranes at the windows with different lights and rain effects. We had a hot filled with water ready to make sure the girls didn’t freeze to death. Then on the very last day of shooting I had wanted to get a few more shots in the bath tub, so we had to set it all back up again. I thank the crew because it was a tough thing to do.

MG: Did you ever feel limited by the PG-13 rating?
KG: I always wanted this movie to actually be PG-13. When you put an R rating on a horror movie, people have expectations that this movie is going to deliver gore and blood etc. This is a very scary movie but not scary because of violence. It is scary due to its psychological situations. With that said, when we did submit the film to the MPAA, we did get back an R rating several times and we had to make a few adjustments. But for most people, if you would see both versions side by you probably wouldn’t be able to notice anything major missing.

MG: I liked the locations which created a lot of atmosphere in the film; tell us about where it was shot?
KG: From the day that I first read the script to the day that we started shooting, it was not a long time. First order of business was to cast it and simultaneously with that was to find a place to shoot it. Originally we drove all over Louisiana trying to find the right place. We would up in North Carolina and thought it looked more like Louisiana than Louisiana [laughs]. We originally found a 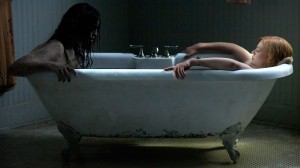 great house and shortly after we were told that this guy James Wan was using it for a film called “The Conjuring” [laughs]. James is good friend of mine though and we found another place and ended up working in the same town at the same time as them. In the plantation we found, no one has ever made a movie there before and no one had lived there for decades. The last inhabitant was an old schizophrenic man. The walls were completely covered with strange drawings. It felt like a true haunted house. When you see the film it looks like a very derelict building but we cleaned it up a lot [laughs]. It was really a great place. When they go through the swamps, it was all the real thing. We had alligators following us around. It was wonderful.

MG: What can you tell us about your next film, “Visions”?
KG: That film is also produced by Jason Blum. I am currently editing it. It is a wife that buys a winery to overcome a tragedy. Her husband is also trying to sustain an agricultural business during a drought and the wife is pregnant. She starts to experience some very mysterious hauntings in the house. I don’t want to say too much but it has one of the best third acts that I have ever seen. I read the script for the first time back in 2008 and called everyone to get this film made. It took a while but it is great and I can’t wait for it to be released.