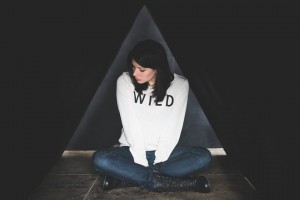 Constantly changing, constantly evolving and constantly honing their craft is the sign of a good musician and K. Flay, is one of them. While in college, K.Flay found she had the chops to rap with some of the best and began to experiment, musically and lyrically. Since 2004, she has put out a myriad of music with everything from singles and EPs to collaborating with other aspiring up-and-comers like MC Lars. Her continuous, hard work has finally paid off as she releases her debut album, “Life as a Dog”. She’s also about to embark on the Warped Tour, a staple of the summer touring circuit. Media Mikes recently caught up with K.Flay about how she’s handling and preparing for these high marks of her career.

Jeremy Werner: When I was getting ready for this interview…I was a bit surprised how much music you had, in terms of singles, EPs, guest vocals, and other things spanning over half a decade. To me it’s crazy because you’re now just able to release your debut album. I’m sure all your fans, die-hard and new, who’ve recognized your hard work and talent over the years are seeing and wondering the same thing I was, which is why has it taken so long to be able to release your debut album?
K.Flay: I was actually just having this conversation with my drummer because we’re working on setlist stuff for Warped Tour this summer. But basically the reason is…I signed to a major label a little over two years ago and while I was on there, I put out a mixtape and a couple of EPs and singles and things of that nature. But I was never able to release an album. I was working on a lot of stuff, but I think they didn’t necessarily feel like anything was single worthy or ready to be part of an album, so I was kind of in this weird limbo while I was there. Which on some level was a really interesting experience in that I was able to do a ton of experimentation and really kind of take time to figure out more about the kind of music I like making and think about the music I was better at making than other kinds. It was sort of a weird process because I signed and wasn’t able to put out enough to show for a debut album, but I left the label in the fall and then worked on this.

JW: I’ve actually talked to quite a few artists as of late who’ve used online fundraising for their music and just like them, yours was very successful.
K.Flay: Yes.

JW: So I’m wondering…with no problems reaching your target goal, do you feel like this is your way of telling potential record labels, “I can sell music if give me a chance,” or is this your way of saying, “Fuck you guys. My music speaks for yourself and I don’t need you”?
K.Flay: You know, I think for me in large part, this is just about a personal goal as a human/artist in the sense of making a statement. And even if albums are becoming outdated in some capacity or whatever, I think having a statement and a body of work that has cohesive quality, to me, is really important on a fundamental level. But on the flip side of it, the experience on the label was at times, kind of frustrating and it felt like I was a little bit stuck. So it feels really good to return to how I began with music which is independently releasing things and having control over all aspects of the creative process. It just feels really empowering, really good and really natural. 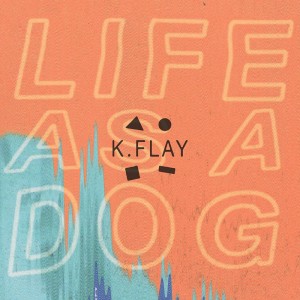 JW: Is there anything with “Life as a Dog”, musically, that you’re doing different or for the first time on this album?
K.Flay: Ya know, I think this album is a little bit of shift in that it’s less like rap and it’s a little more…I don’t know…I try to be more conscious of melody a little bit. One of the things I discovered over the last two-three years it that I really do like singing and I like incorporating melodic components into the music. It’s definitely less electronic, less rap, but I don’t think in a super drastic way. It felt kind of like the natural, next step.

JW: Lyrically, when I listen to your music, it feels like there’s a lot of deep personal emotions attached to the music and it’s kind of a dumb, broad statement to say that because yeah…all music is personal. But while some bands like to play with words and allude to different ideas without completely giving themselves away, I feel like you’re more blunt and honest with what you say. What are some of things you draw from when writing lyrics?
K.Flay: Obviously there’s a lot of myself in the music and there’s always gonna be that component, but I think more than ever, especially with this record, I really tried to embody, even just for a few moments in a song, people in my life and people that I’ve met along the way. I think one of the compelling parts of being a full-time musician is the cast of characters, both bad and good, that you run into on a daily basis. I still use the first person pronoun so they feel like they’re about me, but some of them are really about people that I’ve met and experiences that I’ve kind of witnessed second hand. Which is really cool. I think it taught to expand my ideas of how to start a song. Usually for me, it starts with some kind of emotion I’m feeling at that moment. Which is interesting conceptually to experiment from a different perspective a little bit.

JW: Anything you’ve wanted to sing about, but you’re hesitant to?
K.Flay: Umm…not really. I guess there’s nothing in my life that I wouldn’t want to share. Obviously very specific details, but songwriting and performing is such a liberating thing in general and so I think that’s why I feel comfortable talking about a lot of stuff in that
capacity.

JW: Let’s switch gears. You are on Warped Tour this summer. Is this the largest tour you’ve had to tackle yet?
K.Flay: It is, definitely. I’ve done festivals before, but never anything of this kind of length or consistency. I’m really excited. I have a lot of friends who’ve done Warped in the past and literally everyone has great things to say about it. I know it’s gonna be a challenge…*laughs*…not to be covered in sweat constantly, but I’m really looking forward to it.

JW: Besides being stupid hot, Warped Tour is also known for jamming nearly every act they can on to stages. Will it be hard trying to condense what you want to express into a limited setlist?
K.Flay: I think it is gonna be a really interesting challenge. There is such a large catalog and I want to represent the new album and I also wanna represent some of the old stuff. And obviously play music that is emblematic of where I’m at, but also music that will appeal to people. I think it’s gonna be a little bit of messing around once we get started. The live shows have always been a real focus for me and touring is a place where I feel really comfortable and I’m really comfortable with experimenting. I think the first week, we’ll probably test about a bunch of different stuff. More than anything, not like anybody else wants me to, but I kind of wanna play for two hours and go through everything. It’ll be an interesting little experiment. 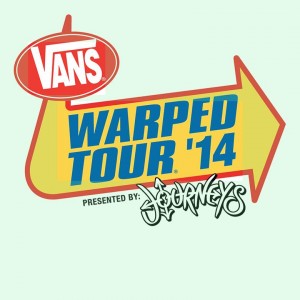 JW: Have you factored in fans? I mean obviously you have…but the typical Warped Tour attendee is traditionally, a punk rock enthusiast and it’s definitely changed over the past decade.
K.Flay: Totally. The show has always had a punk spirit to it. There’s headbanging and a lot of jumping around and kind of more archetypal rock moments in it. So obviously something within that spirit. I’m kind of excited to try some new stuff.

JW: Big tour…debut album…with all this success…do you see yourself being a music artist for the long haul or is there something you still wanna do or try?
K.Flay: Ya know…I don’t really know. I get asked this sometimes and I kind of have no fucking clue. Which is strange because you’d think it’d be good to have a back-up plan, but I just decide on something and I just do it. So I think I’m still in that mode of perspective where this is what I’m doing and I think if I really started to consider other viable options, it would probably be a bad sign. So I don’t know. I read a lot…so maybe something with books. That’s all I can think of at the moment.

JW: My last question, a bit random, and you don’t have to answer this, but I’ve noticed a couple of other female artists, entertainers and others have said it’s bothersome when they’re told by fans, “Oh you’re my favorite female comedian…artist…”. Things like that.
K.Flay: Right.

JW: I think this boils down to where we’re at in a society right now and how we’re starting to mold how we view gender. But I’m curious, does it bother you if a fan tells you that you’re their favorite female rapper instead of just simply saying you’re their favorite rapper.
K.Flay: I know there’s like something I got sent earlier about Neko Case talking about this, but I wouldn’t say it happens all the time. Usually people say I like you’re stuff or whatever, but I think any time you’re a little bit in the minority, I think that that’s an unfortunate byproduct. Although I am a woman and have a gendered perspective to a certain extent, just like anybody else, when I write, I’ve always just sort of naturally wanted to create music that didn’t feel super gendered, if that makes any sense. But I think it can certainly undermine what you’re doing a little bit. I’m honestly happy anyone listens to it (laughs) I’m just always stoked if anybody’s checked it out and trying to find out about what I’m doing.