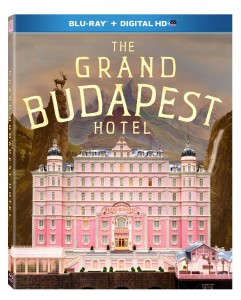 Wes Anderson’s “The Grand Budapest Hotel” was no question one of my most anticipated films of 2014. It is also since seeing it one of my favorites. The film is absolutely stunning and like all Wes Anderson films completely out there. It is funny and yet romantic at the same time. “The Grand Budapest Hotel” has an ultra all-star cast including Ralph Fiennes, Edward Norton, Saoirse Ronan, Owen Wilson, Willem Dafoe, Jude Law, Adrien Brody, Bill Murray, Jeff Goldblum, Léa Seydoux and Harvey Keitel. Let’s not forget the hotel, which is a like a character itself. This is beautifully shot. If you are a Wes Anderson film, you will not be let down!

Official Premise: The Grand Budapest Hotel recounts the adventures of Gustave H, a legendary concierge at a famous European hotel between the wars, and Zero Moustafa, the lobby boy who becomes his most trusted friend. The story involves the theft and recovery of a priceless Renaissance painting and the battle for an enormous family fortune — all against the back-drop of a suddenly and dramatically changing Continent.

“The Grand Budapest Hotel” comes to Blu-ray in a combo pack including a Digital HD Ultraviolet copy. The 1080p transfer is nothing short of a masterpiece. The film switches between a wide array of aspect ratios including 2.39:1, 1.85:1 and 1.33:1, which is the bulk of film. I really enjoyed the way that Anderson and his cinematographer Robert D. Yeoman decided to be very experimental with the way they shot this film. The DTS-HD Master Audio 5.1 surround track also works perfectly with the dialogue and score.

Since all of Wes Anderson’s films make their way to Criterion Collection, they are going to have a hard time topping the audio and video tracks. But they definitely have room to improve in the special features, which are ok but nothing spectacular like the film. “Bill Murray Tours the Town” is short featurette with the actor visiting locations. There are three short Vignettes, which run under 10 minutes. There are three promotional featurettes focusing around “The Making of The Grand Budapest Hotel”, the “Cast”, director “Wes Anderson”. Lastly there is a Stills Gallery and Theatrical Trailer.