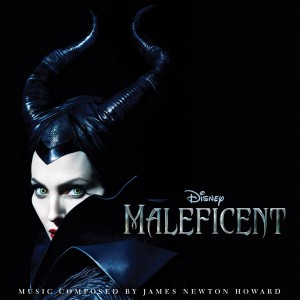 To celebrate the release of “Maleficent” in theaters, Media Mikes is excited five (5) copies of the Original Motion Picture Soundtrack to our readers. If you would like to enter for your chance to win one of this prize, please leave us a comment below or send us an email with your favorite Angelina Jolie film. This giveaway will remain open until June 13th at Noon, Eastern Time. This is open to our readers in US and Canada only. One entry per person, per household. All other entries will be considered invalid. Media Mikes will randomly select winners. Winners will be alerted via email.

All-new soundtrack that includes a new take on the original Disney classic, Once Upon a Dream, performed by Lana Del Rey. Original score composed by 8-time Academy Award nominee, James Newton Howard. The official soundtrack to the Walt Disney Studios film Maleficent, starring Angelina Jolie. This visually dazzling live action film explores the origins of one of the most iconic Disney villains: Maleficent, the infamous fairy who curses Princess Aurora in Disney’s animated classic Sleeping Beauty. This ‘origin’ story is told from Maleficent’s perspective, intersecting with the classic in both familiar and unexpected ways. The movie stars Academy Award-winning actress Angelina Jolie as Maleficent, and is directed by two-time Oscar-winning production designer Robert Stromberg (Avatar, Alice in Wonderland). The film co-stars Elle Fanning (Super 8) as the Princess Aurora, and features Sharlto Copley (District 9), Imelda Staunton (Harry Potter and the Order of the Phoenix), and Juno Temple (Atonement).