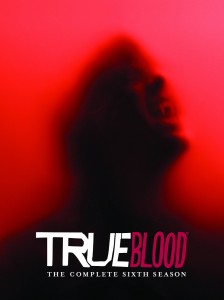 “True Blood” even though the series has an end in sight, the sixth season shows no signs of slowing down. I personally think it is just as sexy, scary, entertaining as it was in the first season. With Vampire Bill being rebirthed as a powerful ancient deity to Louisiana Governor Truman Burrell declaring open season on all vampires to Sookie Stackhouse finding herself sidelined by a mysterious stranger with a hidden agenda, this season is the most exciting yet. Like I said, the end is near and fans can catch up on this season before the final season makes its HBO debut this summer. This is also the series first season with out creator Alan Ball, who left to work on HBO’s “Banshee”. So fans were worried but I feel that this show has grow so much since the first and I can’t wait to see what they have planned for season seven!

Official Premise: Season six introduces several exciting new story lines that threaten what little sense of normalcy remains in Bon Temps, The Authority is in flames, and True Blood is in short supply. As Bill comes to terms with his newfound powers after emerging reincarnated from a pool of blood, Louisiana’s governor has declared war, replete with novel anti-vamp weapons and a high-tech internment camp established to wipe out the vampire race forever. Meanwhile, Sookie and Jason must steel themselves for an encounter with their parents’ killer: the mysterious and ancient Warlow.

This DVD set comes with the full 10-episode season and I am very upset to find out that there is no Ultraviolet digital copy included with this…only Blu-ray. Honestly, that is a real bummer…what does it seriously cost HBO to include this?  There are also less special features on the DVD set than the Blu-ray set. Here only get ten clips of “Inside the Episodes” going behind the scenes on each with the show’s writers. There are five audio commentaries with cast/crew including executive producer Brian Buckner, Stephen Moyer, Carrie Preston, Amelia Rose Blaire and more! Lastly there are previews & recaps included.