April 7 – Tonight the First Time Fest will be honor director Julie Taymor with the John Huston Award for Achievement in Cinema. This will be her first film award after directing four features: The Tempest, Across the Universe, Frida and first film, Titus. 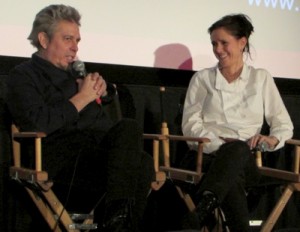 Made in 1999, Titus is an adaptation of Shakespeare’s violent revenge tragedy, Titus Andronicus. It stars Sir Anthony Hopkins as the titular Roman general whose murder of the sons of an enemy Queen (Jessica Lange as Tamora) leads to the destruction of his entire family. Taymor joined festival goers this week, along with composer Elliot Goldenthal for a screening and discussion of the film. It screened as a part of the fest’s First Exposure series highlighting successful director’s first features.

Even though Taymor had already produced the play “very simply and inexpensively” in a church in 1994, the film version did not come about until after her wildly successful production of The Lion King on Broadway.

“I came off The Lion King and what do you do next?” she told the audience, “I had to go to the opposite end of the spectrum–I 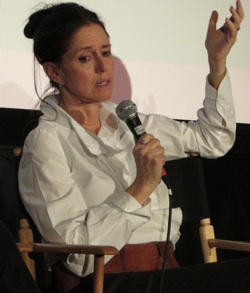 mean I know that’s considered Hamlet–but really I think that I just didn’t want to be put into a box of any sort. And also I really wanted to work with the greatest writer in the English language…and I had loved the play when we did it.”

Taymor maintained it was her favorite Shakespeare play despite the popular opinion that it’s not one of Shakespeare’s best works saying it presented “a young man’s anger…before he got refined and self-reflective” and later adding “no contemporary movie compares to the bravado of that play. That you think Titus is going to be the good guy and then he kills his daughter! And then he kills his sons! And then Tamora and she says ‘cruel, irreligious piety’, her sons are taken away–you should understand everything that she does. And then look what she does.”

Along with her passionate discussion of the play itself Taymor offered additional trivia about the film itself including: 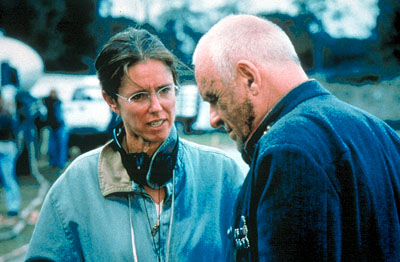