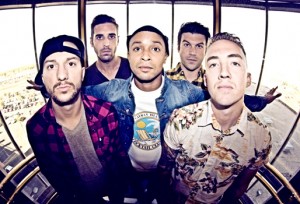 Micah Miller is the drummer for the Houston, TX band American Fangs. The group released their first full-length album titled “American Fangs” in March of 2013 and will be performing during this year’s South by South West Musical Festival. Media Mikes had the chance to speak with Micah recently about the group’s formation, the creation of the album and the group’s recent appearance at Ship Rocked.

Adam Lawton: Can you tell us about the formation of the band?
Micah Miller: Our singer Gabe and our guitarist Kenyon were actually in a previous band together. When that band stopped there was some time between projects. We had friends from around the Houston music scene who also were without bands and we would all get together from time to time and drink beer and play music. From there things just sort of ended up sticking with all of us forming this band.

AL: Can you tell us about the band’s debut album?
MM: It was sort of a roller coaster to get this album out. We started out just being a band in 2007 for fun really. In 2008 is when we started to make the band a consistent thing. We released an EP on our own and picked up some management. We had a few record label offers at this time as we were out on the road touring. We ended up signing with a label and went in and recorded an entire album. Within 2 weeks of turning that in the label went under. We decided to just continue on with touring in hopes another label would pick us up. We put around 150,000 miles on our van and just couldn’t get a deal. When it looked like we were going to hang it up Sony came along and offered to work with us. They didn’t know our label had gone under and were really big fans of the band. That rejuvenated us. This album is a culmination of songs we were playing in our live set that we love so much.

AL: How did working on this album compare to the work you did on the “Pomona” EP?
MM: It was very different. When we were working on “Pomona” we were all living together in a house while playing gigs on the weekend and working day jobs. A friend of ours built a studio in the dining room of the house and that’s where we recorded things. We would get home from work and record our ideas. It was a very slow process as we didn’t have any real time table. We wanted to come up with a small collection of songs that we were really proud of. With the LP we flew out to Long Island and 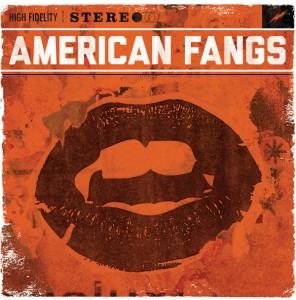 worked with Mike Watts. There was a time line this time and a lot of other stuff. We went in with about 30 songs. From there we narrowed it down to about 11 and started working with Mike to make various parts better. Some songs were ones that had been around longer than others and we re-worked parts of those as well. I think we were more focused with the full length.

AL: The band just got back from performing on this year’s Ship Rocked cruise. Can you tell us about that experience?
MM: It was pretty crazy but exciting at the same time. There was a really good line up that featured well known bands and newer acts like us. We weren’t sure if anyone would come and see us as our first set was at the same time as Three Days Grace. It ended up being really cool. Jacoby and Jerry from Papa Roach came out and as the set went on the room filled in more and more. We got a great response and it was really fun. Each set we did after that got bigger and bigger. A lot of the other bands would come out and watch us which was great because we grew up idolizing a lot of those guys. It was pretty surreal. If only the water had been warmer. (Laughs)

AL: What other plans does the band have for this year?
MM: We are doing a few local shows in Houston but until the South by South West festival were going to be off the radar. That’s going to be kind of odd because last year we did around 120 shows. It just feels odd but it’s nice to be at home. We have a few offers on the table to head back over to the UK in the spring but we are still working out all of those details.