“After The Dark” is the latest film by director John Huddles. The film takes place at an international school in Jakarta, where a philosophy teacher challenges his class of twenty graduating seniors to choose which ten of them would take shelter underground and reboot the human race in the event of a nuclear apocalypse. The film was scored by veteran film composer Nicholas O’Toole and Korn front man Jonathan Davis and Media Mikes had the pleasure of talking with both of them about their work on the film and their ongoing collaboration with one another.

Adam Lawton: How did you both become involved with the film?
Nicholas O’Toole:  I was approached by George Zakk who was one of the producers on the film. I had known him from another project and they had just started to go into post production on this film. George had known that Jonathan and I had been working together for quite some time and it seemed like a good fit. This led to a discussion with director John Huddles. We ended up hitting it off right away and we have stayed friends since.

AL: What was the creative process like between the two of you?
NO: The dynamic is great as we have known each other for so long. We get what the other one does. I myself am very technically minded and I have a degree in film score work where Jonathan is prolific in songwriting, EDM and a variety of other things including film scoring. We sort of mind shared this project.  Jonathan is very dynamic and variant based. He brings a lot to the table from sound design, to mood and colors. I handle the more technical side of things such as arranging and post work. With Jonathan on the road a lot he and I developed a good solution for sharing our thoughts and ideas. We walked in to the project already having a pretty good flow.

AL: Jonathan, did you find any similarities in your writing style for the film and you writing style for Korn?
Jonathan Davis: It is completely different. That’s why I love it. It challenges me. When you are writing a film score you are trying to convey an emotion part of the film. That’s the whole reason why I love doing things like this as it is so different from the other writing that I do. When you are working on a song you have versus and choruses to stick to and with a project like this there are no rules. It’s really different.

AL: Is scoring something you picture yourself doing more of?
JD: I love doing it and am open to doing more. I am just a musical junkie. When I got sober back in the day I replaced partying with music. (Laughs) It is something that I can’t get enough of.

AL: Did you both work on the same parts 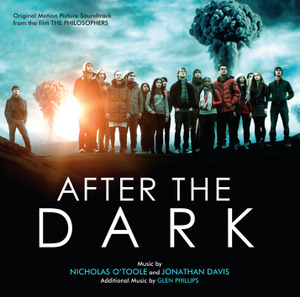 together or did you work separately on various parts of the film?
NO: It was purely linear in this particular instance. John Huddles was involved as well from the ground level which made things even greater. Having John involved certainly reduced the re-writes. Normally you create a bunch of material and then show case but for this film John was there the whole time and fully invested. I think we just moved from beginning to end on this and then went back and did some adjusting where it was needed. I think you can sort of hear that in the arc of the story. We kept things moving and it felt very natural.

AL: How much of the film were you allowed to see at one time when you were scoring?
NO: We got the film in a reel which is the general process of post production. We are all contracted to confidentiality. You get the entire film however they may still be editing and changing some of the things. We would get new reels every week. We had a screening with the director where we saw the film in its entirety and we discussed where the music would go and for how long and what type of feel was needed. Everything gets spotted out and then we follow those notes and begin writing. You definitely have to understand the narrative in order to be able to start scoring.

AL: After the initial playing of the film with the score were there a lot of changes requested by the director?
NO: Things did change. The film was shot in Indonesia which is known for a style of music called Gamelan. Jonathan had some previous experiences with this style of music as had I in the past so this ended up being a pleasant coincident. We were going to take a more Gamelan eccentric approach anyhow which we did at first. John Huddles liked it but wanted to try a different approach. We repositioned ourselves in a way that caught fire and we were able to just take off. We kept things quite minimal arrangement wise and then mixed in a little Gamelan with electronic and hypnotic elements. We kept things very natural.

AL: Jonathan, did you have any reservations about working on the project? And do you have to get a specific type of mind set to work on this type of music?
JD: Not really. I love doing music. It’s always fun working with Nick and writing music. It was really great working with a director who had a specific vision. This was something so completely normal from what I do in my day job. I think you have to take yourself away because you are writing a piece of music not a song. I have to wrap my head around that but it’s basically music.

AL: Being that you guys have a friendship with one another outside of your work what do you enjoy most about working with each other?
JD: For me we are just friends making music. It’s a simple and pure thing. I am having fun making music for a cool movie and getting paid for it. There is no bad side to this what so ever. It’s just fun!
NO: The collaboration process is enhancing because if it was just me I would be writing out of my head. Jonathan adds another creative brain which comes from a completely different place. When you put the two together the result is always something bigger than what it would have been. Jonathan is prolific outside of Korn in ways that I think fans of the band will totally understand after hearing this. Like Jonathan said it’s just fun and we have a good vibe together so it’s great to be able to keep that going.

AL: What other projects do you guys have in the works for the rest of 2014?
NO: I am always negotiating on some sort of film project. Sometimes the project is working with Jonathan and sometimes it’s on my own. Jonathan and I have a good system worked out.
JD: I have quite a lot going on with Korn but with computers these days it allows Nick and me to be in different places but still be able to work together on projects with one another. I always have my noise buried in my laptop writing.