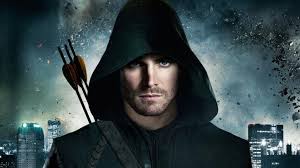 Is Warner Brothers secretly planning the greatest Fanboy surprise of all time? If you believe television’s “Arrow” star Stephen Amell, the answer could be…maybe?

In a rush of excitement earlier this morning, popular sites like Fandango quoted Amell as saying “All we have to do for something like that to happen, or even be a possibility, is continue to take care of business with our show and then we put ourselves in a position – but the important thing is our show. I have had discussions, but I think the gestation process for this project is a lot slower than most people think. I mean, they haven’t even shot the next one. They haven’t even shot a frame of the movie before the movie everyone thinks is the Justice League movie!”

Later in the day, on his Facebook page, Amell downplayed his comments, stating “… I’m not the smartest dude in the world. (After all… I picked a career in acting.) But would I really just casually subvert a process cloaked in secrecy? A process – by the way – being run by the company who currently employs me. C’MON!”

Confused? Don’t be. The powers that be at Warner Brothers have been sitting in silence since 2008 when “Iron Man” hit theatres, becoming the first salvo in a box office battle that would culminate in “The Avengers” four years later. Even with the success of the Christopher Nolan-directed “Dark Knight” trilogy, Warner Brothers could not find a suitable DC Comics character to combine with Batman. Or, rather, a suitable film to inspire such a combination. Though he seemed perfect for the role (and actually did a good job), Ryan Reynolds left some fans cold in “Green Lantern.” 2006’s “Superman Returns,” despite grossing almost $400 million, was judged a failure by both the studio and fans. Enter last summer’s “Man of Steel.” As filming progressed the rumor spread that, at the end of the film, Joseph Gordon Levitt was to show up after the credits as Batman. Didn’t happen. Then came word that Ben Affleck (once an unsuccessful Marvel movie character himself – Daredevil) would take the cowl from Christian Bale and join Henry Cavill in “Batman vs Superman.” As the year ended we were informed that Israeli actress Gal Gadot would appear in the new film as Wonder Woman.

Earlier this week Warner Brothers announced that they had pushed back the opening of “Batman vs Superman” from July 17,2015 to May 6, 2016. Speculation is that the studio wants nothing to do with the arrival of Disney’s “Star Wars: Episode VII,” also due in theatres in 2015. But what if there’s more? If I had an official press invite (email being sent) I would gladly drive 5 hours east to Cape Girardeau, Missouri where Ben Affleck is currently filming “Gone Girl” and ask the new Bruce Wayne to his face. But in lieu of that, I can hope. And do my own casting. Sticking with the original Justice League of America members I’m casting Jon Hamm as the Flash, Faran Tahir as the Martian Manhunter and I’m giving Ryan Reynolds a second chance as Green Lantern. After all, even Josh Whedon finally got Marvels’ green hero (the Hulk) right. As for Aquaman….I think I’ll just let “Entourage’s” Vincent Chase carry that mantle in his upcoming James Cameron-directed version!