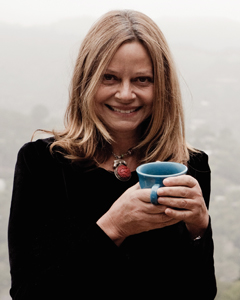 If you recognize the name Joyce Maynard then you obviously have a knowledge of literature. Casual readers may know her as the young impressionable writer who, at age 18, began a 10 month relationship with the reclusive author J.D. Salinger, 35 years her senior. More learned readers know her as the author of such diverse books as “To Die For,” “At Home in the World” and “Labor Day.” “To Die For,” adapted by Buck Henry, was made into a film by Gus Van Sant.

This week, the film version of “Labor Day,” adapted and directed by Jason Reitman and starring Josh Brolin and Kate Winslet, hits theatres. After a recent screening, Ms. Maynard sat down with me to talk about the film, teenage boys and the great state of New Hampshire.

Mike Smith: One thing that stood out to me was, even though there are very adult themes in the film, there was really no crude language. Was this deliberate on your part?
Joyce Maynard: I didn’t see the need. I’m not saying that I would never put “adult” language in a book…some people talk like that. And I’m certainly not an advocate of censorship. Some people don’t talk the way we’d like our children to talk. These are adults but nobody takes off their apron (laughs)…no one takes off their dress. I wanted the reader to “feel” the chemistry and the passion. I was raised by two people who loved language. And it’s way too easy to just have a character say “oh, shit!” It’s like pushing a button. I’d rather have the audience rediscover language.

MS: There were some things in the book, mostly dealing with Henry’s coming of age, 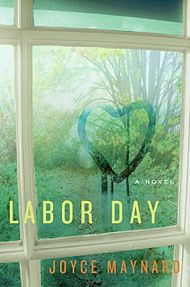 that were left out of the film.
JM: (laughs) Well, there are some things that we can read in a book that maybe wouldn’t be good to see on a movie screen. Because the film is shot through his eyes we do see him gazing at a girls’ bra strap…see him at the store looking at magazines. You can feel what it’s like to be a thirteen year old boy. I’m the mother of sons. I grew up in a house where a lot was never discussed. I would never be on the side of silence or denial of the issues of a thirteen year old boy but that being said, it doesn’t really need to be spelled out. It’s not just about body parts and physical stuff…it’s about feelings. There’s a scene where Henry and his mother are laying in a hammock and she wants to have a talk about sex. But she’s not interested in talking about the physical activity…the secretions and what have you…she wants to talk about the feelings, which is what nobody ever talks about. I think we do a great disservice to young people when we assume that all they care about is physical acts. They’re also very concerned with feelings.

MS: What did telling the story through the eyes of the son, rather than the mother, allow you to explore in your storytelling?
JM: Well, it obviously would have been a lot more explicit . We would have been IN the bedroom instead of on the other side of the wall, imagining. I’ve been a single mother. I’ve been a person who has had to figure out what to do with her romantic yearnings and dreams at a moment when a lot of losses have been incurred. But I’ll tell you, with a former teenage boy sitting here, I think teenage boys are hugely romantic. In the book the girl he meets (Mandy) offers to have sex with him and he says “no.” Because he’s not in love.

MS: As someone whose job is to write, when you option 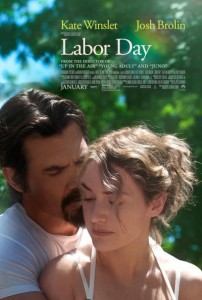 a property for another medium do you inquire as to who is going to adapt your work?
JM: Totally! There have been people that have wanted to make films of books of mine that I’ve had to say “no” to. On “Labor Day,” Jason Reitman called me up very soon after the book was published and said he loved it and wanted to make this movie. I was a fan of his films so I said “yes.” Now, once you’ve entrusted it to the writer and director your control is over…you’ve let it go hopefully into good hands. Jason showed me his adaptation and told me why he may have changed some things from the book. I made a few suggestions. Not a lot (laughs). But I understand…I wouldn’t want someone looking over my shoulder…giving me suggestions. I wasn’t on the set a lot. I was actually there the first day and the last day. But I knew I had to let the book go.