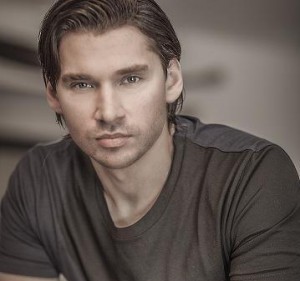 Vlad Yudin is a Russian born writer, director, producer, who started his film career with films as “Big Pun: The Legacy”, and “The Last Day of Summer” which starred Nikki Reed of “Twilight fame”, and DJ Qualls from “Road Trip”.  Vlad has just made his move in to the realm of graphic novels with his book “Headsmash”.  A story of betrayal and revenge set in a fictional yet violent world. Media Mikes caught up with Vlad after his successful appearance at this year’s New York Comic Con to discuss the book as well as some of his other current projects.

Adam Lawton: Can you give us some background on “Headsmash”?
Vlad Yudin: “Headsmash” is the story of a young orphan super sent to live in the worst orphanage in this fictional which is run by various mod syndicates with the largest one being the Horde. The Horde has infiltrated every aspect of the city and has pretty much control of everything. Smash ends up being adopted by Maurice who is the head of the Horde and groomed to be one of the group’s top lieutenants. While out on a mission Smash is attacked and basically left for dead. Upon surviving the attack and returning to the city Smash finds out that his wife has been taken along with their unborn son who plays an important role in the story. In order to save his family Smash starts taking this special serum which helps him on his quest for revenge.

AL: How did the idea for the book present itself?
VY: It was a combination of things. Sometimes when you start on a story you might have the basic story line happening and then you build in the characters and other times you have a character in which the story is centered around. In this case we had the character of Smash so we constructed everything around him. Each twist the story takes is directly related to his character.

AL: The book has a trailer which is narrated by Bill Paxton. How did he become involved in the 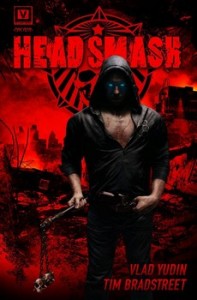 project?
VY: We did a three part prelude/trailer which sets up the story. One part talks of the prophecy, one part talks about the serum and the last talks about Maurice and Smash’s relationship. Bill narrated this story playing the character of Maurice. Bill Paxton is an amazing actor and it was really cool to bring him in to this role as a villain. I don’t think he is someone seen in this type of role. He has this great voice and did a really great job. Bill got in to the character and took it very seriously which was great to see.

AL: Can you tell us about the talks of this story becoming a film?
VY: We have just finished writing the screen play version. The story is going to be pretty much the same but there were a few things that we need to adapt to make it work on screen. We are taking our time with and hope to have it into production sometime next year.

AL: Do you find any similarities between graphic novel writing and script writing?
VY: Yes. When you create a graphic novel you essentially are creating story boards. You have to take in consideration the shot in the same you do when you are working off a shot list for a film. The way you construct a scene before its captured on film is very similar to how you would when writing a graphic novel.

AL: Can you tell us about some of the other projects you have in the works?
VY: I am happy to say that our film “Generation Iron” which is a film about modern day body building is currently playing in theaters both here in the States and also in Canada. This film is basically the follow up to the 1975 film “Pumping Iron” which was produced Jerome Gary who also produced this new film. The film is doing great and I hope people continue to go see it.