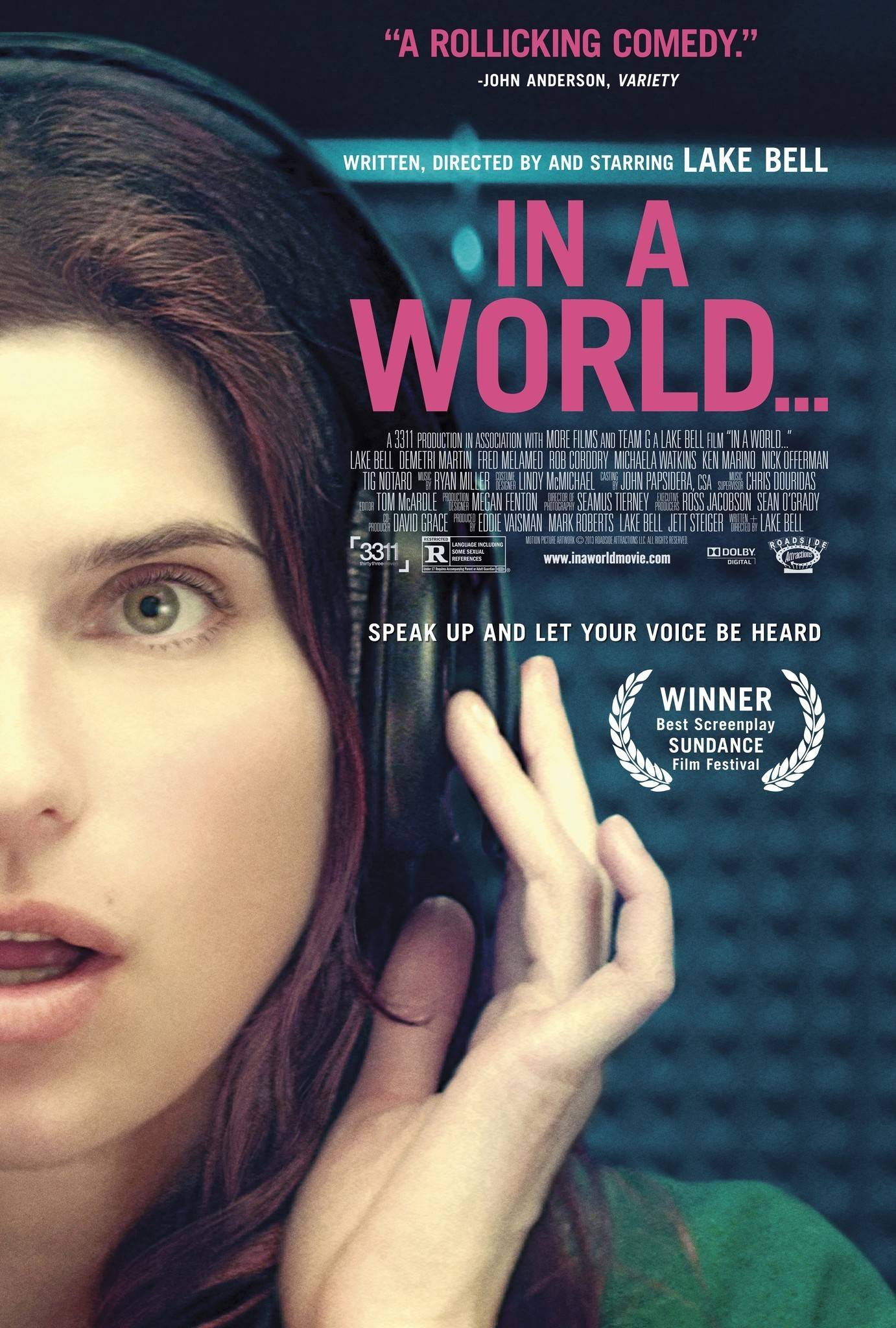 How many times have you heard a deep, gravelly voice speak this classic line in a movie trailer? It’s practically featured in every film preview since the beginning of time!

In this hilarious and heart-felt new film, In A World… Lake Bell (No Strings Attached, “Children’s Hospital”) stars as a struggling vocal coach who strikes it big in the cutthroat world of movie-trailer voiceovers, only to find herself in direct competition with the industry’s reigning king—her father!

Media Mikes would like to giveaway an autographed poster for the film “In A World” signed by Lake Bell. If you would like to enter for your chance to win one of these great prizes, please leave us a comment below or send us an email with your results from the Movie Trailer Voiceover QUIZ in the app below. This giveaway will remain open until August 30th at Noon, Eastern Time. This is open to all fans of Media Mikes, worldwide!! One entry per person, per household. All other entries will be considered invalid. Media Mikes will randomly select winners. Winners will be alerted via email.

Written and directed by Bell, who won the Sundance 2013 Waldo Salt Screenwriting Award for the script, In a World… also stars these indie-comedy heavyweights: