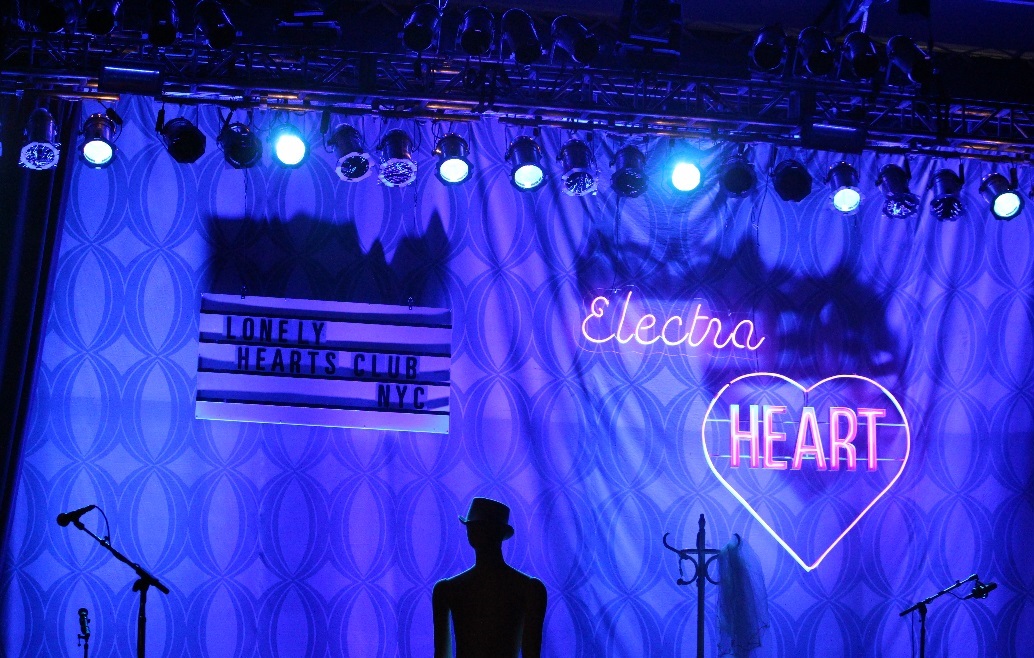 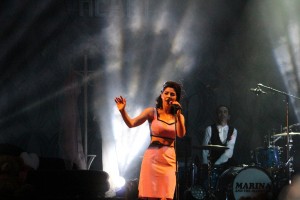 On May 29th, Marina And The Diamonds took the stage at the Rumsey Playfield in New York City for the last stop on The Lonely Hearts Club Tour. Fans got there early, and by 5:00pm, the line to get into the venue was already reaching across Central Park. The concert was opened by Charli XCX, writer of the hit summer song, Icona Pop’s “I Love It.” When Marina finally took the stage, the sun had set, the crowd was ready, and the cheer was exuberant as she stepped out wearing a 1950’s-inspired pink dress and wedding veil.

The Welsh singer-songwriter, Marina, is mainly known for her electro-pop music with catchy lyrics and a kitsch-with-an-edge personal style. Fans refer to themselves as diamonds, and her lyrics often bank on offbeat humor and alter-egos to tell the stories of different characters. The set list was comprised of a nice mix of songs from both her debut album “The Family Jewels” (2010) and her more recent release, “Electra Heart” (2012).

Each song and each costume change throughout the concert seemed to depict a new character. The common thread throughout? Love.

And nowhere was the theme more present than when she took to the stage for the encore, solo- just her at her 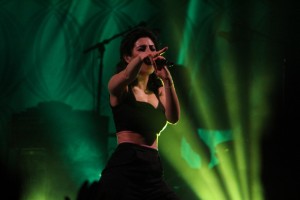 piano. Directly addressing the audience, she broke out in tears several times while talking about her struggles as an artist and what the fans meant to her. “Last year, I was like, I really enjoy doing Electra Heart, but I always felt like- oh, there were so many things wrong and, like, you know, people hated me or like, I’m definitely a glass half empty girl. But since the beginning of this year, I actually haven’t been, and I’ve done this Lonely Hearts Club Tour, and I’ve enjoyed it so much. It’s because of you guys. Of course, you know, I’d like to be a good artist, but it’s the fan base who spreads the word, and I’m not a hits artist. Obviously, I’ve had singles, but I know that you’re an album crowd. This is the end of Electra Hearts, but I have the feeling we’re going to stick together for a long time.”

You know what they say, Marina. Diamonds are forever. 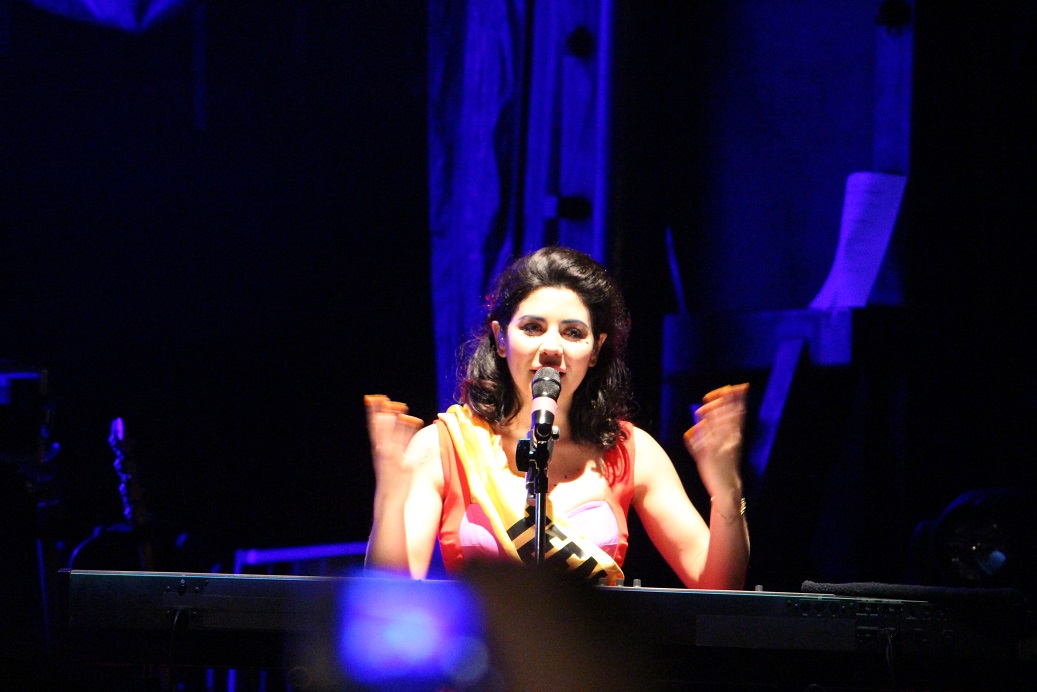