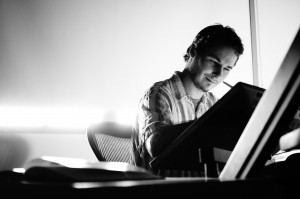 Jason Brubaker is a visual development artist at Dreamworks Animation. He spends his free time though making graphic. In fact, he, at the time, had the highest funded graphic novel at more than $95,000 called “reMIND” and “reMIND, Vol.2”. Media Mikes had a chance to chat with Jason about his graphic novels and his work on the upcoming “Kung Fu Panda 3“.

Mike Gencarelli: Tell us about the origin of “reMIND”?
Jason Brubaker: That’s a long story. It started out as a song that my friend and I wrote about a cat that would always come and hang out at our apartment all day. The song spawned ideas of a music video which I storyboarded. At the time my job was a storyboard artist so that was just how I thought. I storyboarded a rough concept of a cat building a robot suit and teleporting to an underwater Lizard world to fight a Lizard King with a toaster. Yeah, it’s weird but I really wanted to learn to animate so I thought this would be a good place to start. Years later after spending all my free time animating clips for this music video about a cat, I started getting animation jobs. The project was never going to get finished because every time I saw dramatic improvement in my animation ability I would reanimate entire scenes and it became a mess. At the end of 8 years I only had about 3 minutes of animation that I liked 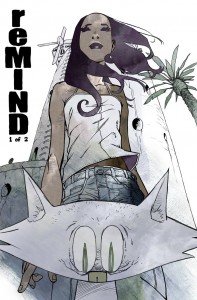 and a story that had no ending. Eventually I scrapped the idea to make a graphic novel. I pretty much just started from scratch and threw out years of stuff that just didn’t work but the design of Victuals, the robot suit and the lighthouse were pretty much untouched. I figured out a complete story to tell and the characters finally clicked into place.

MG: Tell us about some of your major influences for these graphic novels?
JB: Victuals was loosely based on the cat that would wonder into our apartment long ago and Sonja was loosely based on my wife. I’m not sure either look or act like my characters though. So I guess you could say they are VERY loosely based on them. I’ve always loved stories with really strong female characters much like Miyazaki’s work and I was hoping to get that same sort of feeling that Miyazaki’s movies always give me. Chris Bachalo (more of his old stuff), Joshua Middleton and Christian Schellewald are the big influences right now.

MG: Are you surprised by success of Kickstarter?
JB: Yes, very much. In fact I still don’t understand how it made as much money as it did.

MG: What was your biggest challenge with “reMind Vol.2” compared to the 1st volume?
JB: The biggest challenge with Volume 2 was just sitting down to put in the work. I was so busy fulfilling orders and keeping up the online hype for the first book that I didn’t have time to make any progress on the second one. Eventually I had to just lock myself into a room and turn off all communication in order to get it finished in a reasonable amount of time.

MG: Take us through your day to day work with Dreamworks Animation; what are you 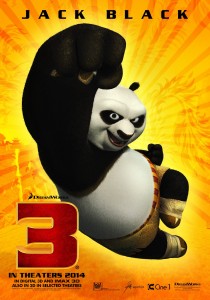 currently working on with them?
JB: At Dreamworks, I’m working on “Kung Fu Panda 3” as a Visual Development Artist. I pretty much just paint pictures all day on the computer in Photoshop. Sometimes I need to make a 3D model so everyone can look at a set from any angle they want to decide what will work best. Sometimes I have to paint “color keys” and sometimes I just create simple props. It’s a pretty fun job because I get to work on many visual aspects of a large production.

MG: Tell us what you have planned next after “reMind”?
JB: Honestly, up until a few months ago I would have told you about my big comic plans for the future but at this time in my life I don’t really know what is going to be next. I might take a break from starting a new comic because I have a few other ideas that I feel are important to me now. But for the time I’ll just have to keep it vague.