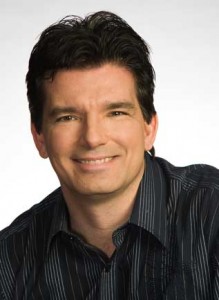 Butch Hartman has created a bunch of great animated series including “The Fairly OddParents”, “Danny Phantom” and “T.U.F.F. Puppy”.  “The Fairly OddParents” is returning, thanks to fans requests, for its 9th season this month. Media Mikes had a chance to ask Butch a few questions about the new season and what fans can expect.

Mike Gencarelli: After over 10 years of “The Fairly OddParents”, why do you think that fans are still screaming for more?
Butch Hartman: I think it’s because, like any show with great characters and great writing – WE HAVE GREAT CHARACTERS AND GREAT WRITING! (Sorry, I just though since the fans were screaming I should scream, too!)

MG: How do you feel the series has evolved over the years?
BH: The main characters – Timmy, Cosmo and Wanda – have become more of a tight unit. They are definitely a family. Also, we’ve added so many other awesome characters to the show – Timmy’s Mom and Dad, Mr. Crocker, Mark Chang, Poof, Foop, etc. – that there’s a little something for everyone in there. I feel that’s the way every great show should be. 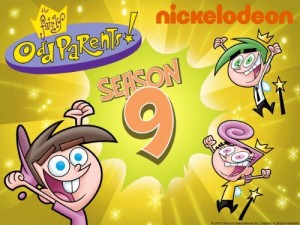 MG: Compared to all the other series you’ve created and worked on, what sets “The FairlyOddParents” apart?
BH: What sets it apart is the length of time it’s been on the air. The time we’ve had to really, really develop the show has really helped us make it better. Great character traits and performance can only be discovered once the writers and producers have really had time to explore each character’s personalities and quirks. That, and the fact we all have magic wands to stir our coffee.

MG: What can fans expect from the upcoming season?
BH: Fans will see more episodes involving Crocker, Timmy’s Dad, and Sparky, our newest character. He’s a fairy dog with magical ‘dog’ powers. Like the power to make chew toys out of thin air! 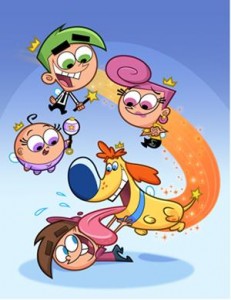 MG: The series is now produced in HD. Can you please tell us about the decision to produce it in HD? What production adjustments, if any, needed to be made to accommodate the shift?
BH: HD was just a natural decision. The world and all its technology is moving that way and we had to move along, too or get left behind.

MG: Can you tell us about The Fairly OddParents documentary, “The Making of Sparky: A DOG-umentary”?
BH: Yeah! It’s a four minute documentary that shows you how we went about creating a brand new cartoon character. It’s free to download on iTunes! So…download it! It’s awesome!

MG: Both of The Fairly OddParents live-action movies were big successes. Are there any more movies in the cards for the future?
BH: Fans will have to stay tuned to find out!