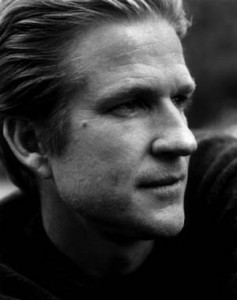 Matthew Modine is probably known best for playing Pvt. Joker in Stanley Kubrick’s “Full Metal Jacket” and Louden Swain in “Vision Quest”. He recently appeared as Deputy Commissioner Peter Foley in “The Dark Knight Rises” and will be appearing later this year as John Sculley in upcoming “jOBS”. Matthew also is set to produce and voice act in Ralph Bakshi’s latest film “Last Days of Coney Island”, which is currently trying to become funded via Kickstarter. Matthew took out some time to reflect working with Stanley Kubrick in “Full Metal Jacket”, Christopher Nolan in “The Dark Knight Rises” and his role in “jOBS”. Check out the first part of our interview with him, here.

Mike Gencarelli: Can you believe that it has been 25 years since “Full Metal Jacket” and here we are still discussing it all these years later?
Matthew Modine: It is amazing. It is a testament to Stanley Kubrick and his genius. He didn’t make movies that are disposable. They continue to have relevance long after they have been released, whether it is “Paths of Glory”, “Dr. Strangelove”, “2001: A Space Odyseey” or “A Clockwork Orange”. They are just films that continue to speak to audiences. I always remember something that Stanley said “A film should be like a good piece of music. Something that you can listen to over and over again and have relevance long after it is written”. I think he tried to approach film with that mentality like a great piece of music.

MG: Tell us about the origin of your book “Full Metal Diary”? 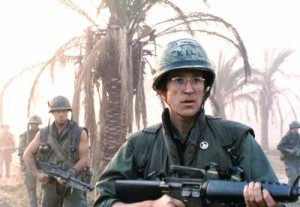 MM: I had a tremendous experience working with Kubrick and I kept this diary while I was working on the film. He also allowed me to take photographs on the set. I had this 2 1/4 x 2 1/4-inch Rolleiflex camera that I tucked inside my jacket when we were in Vietnam and then kept in my foot locker when we were filming the boot camp. It was very rare that he allowed me to take photographs on the set because he was such a secretive and private filmmaker, but he almost encouraged it. I don’t know why but I am very grateful that he did and gave the opportunity to be able to share what that looked like. The thing about keeping my diary is that Kubrick often asked me to read my diary out loud to everyone on the set. The thing that it encouraged me to do was tot hen keep a very good diary with accurate notes. The thing that I love about the diary is that it is the voice of a young man that is in a situation that he really doesn’t understand. It is not a reflection is my point. It is not somebody looking back at a time working with Stanley Kubrick, as a recollection. What you experience when you reach it is this naive person about a circumstance that he doesn’t understand and I think that makes it quite unique.

MG: How did your diary go from book to the new iPad app?
MM: I was approach by Adam Rackoff. He used to work for Apple. He was one of the geniuses that worked 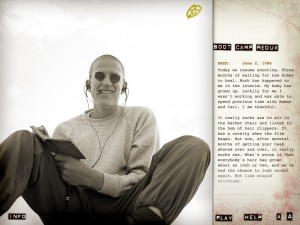 for them. Steve Jobs was his boss. He was responsible for opening stores, advertising and more. I had done a presentation at the Apple Store in Soho talking about how the book was made on a Mac. He really just loved the book and knew that their were only 20,000 copies of the books made each with a serial number. So years later, the iPad come out with these amazing apps. He told me that he thought it would be an perfect iPad app. He said he would have me record the story in my own voice, do characterizations for the people talked about in the stories, have someone do original score along with sound effects and create this amazing and deeply immersible experience for people to enjoy with iPads. The final thing that sealed the deal for me is that he said that it would be something that Stanley Kubrick would be proud of. So with us holding the bar that high for Stanley Kubrick, that was the criteria for this…was it good enough for Stanley? In the end, I think we created something that he would definitely be impressed with.

MG: Last year you played Deputy Commissioner Peter Foley in “The Dark Knight Rises”, tell us about that experience?
MM: The thing that was amazing about that film is that people are always comparing Christopher Nolan to Stanley Kubrick. As big as that film was, as large as the cast was, the budget…everything – when you came on the set of “The Dark Knight Rises” it felt like an intimate independent film. Nolan creates an environment on the set that makes it feel very intimate. He doesn’t have a video village. He has this little monitor he wears around his neck. He is not one of those directors that is hiding behind a bunch of monitors and away from the set. He stands on the set and is with his actors and his 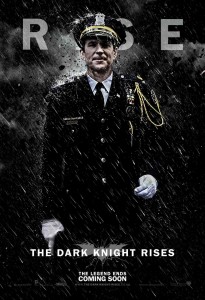 crew. He is curious about what his technicians are going and what the actors are thinking and saying. I think that may not sound like what a director is suppose to do but you will be surprised at how many filmmakers are not that involved. There is so much chaos on a film set that you don’t know who is directing the movie. Is it the producers? Is it the writer? The crew? The director of photography Nolan is really the the captain of his ship. His wife is his producing partner and his brother is his writing partner. It is just a very tight and intimate environment. I mean how often does anyone have such a great character arc in that kind of a film. I just hope I get the opportunity to work with him again.

MG: You mentioned Apple and later this year you also have your role of John Sculley in “jOBS” coming, what can we expect?
MM: I haven’t seen the finished film but it was extraordinary to work on. I think that Ashton Kutcher did an amazing job from the work I saw. He was really fully committed to doing Steve Jobs justice. It is amazing to see how much he began to look and sound like him. I am looking forward to see it. I know it closed the Sundance Film Festival, was received positively and received a distribution deal. So all the signs are that it will be an entertaining film.