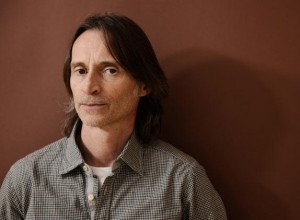 Robert Carlyle is a wonderful character actor known for his role in projects like “Trainspotting”, “The Full Monty”, ABC’s “Once Upon a Time”. In his new film “California Solo”, he plays a washed-out ex-Britpop rocker-turned-farm worker. This role is honestly one of his most revealing and honest to date. Robert took out some time to chat with Media Mikes about the role and what we can expect.

Mike Gencarelli: Where did you pull your inspiration for Lachlan MacAldonich in “California Solo”?
Robert Carlyle: I was fortunate, in the respect, to have known a lot of people who are involved in that world like the Gallagher brothers of Oasis and Ian Brown from The Stone Roses. It was interesting for me to then try and realize what their live would have been like had they fucked up and ended up on a farm in Los Angeles. The role was written very honestly and also believable. He doesn’t like to talk about his past rocker life and just works on this farm. So it was interesting for me to re-examine that aspect of the character. The only similarities between Lachlan and me are that we both have failed at points in our career. But it was very interesting for me to dive into a character like him.

MG: Did you know writer/director Marshall Lewy before he wrote the role with you in mind?
RC: No I didn’t at all. I read the script and I remember thinking about halfway about the role that it is wasn’t going to be me, it better be somebody really fucking like me [laughs]. I spoke with my manager after reading it and 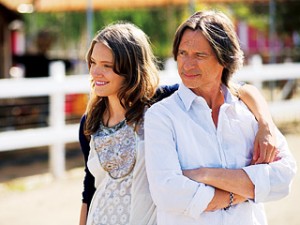 MG: The film has quite the emotional journey for Lachlan, was it a challenging character to portray?
RC: It certainly was! I think there are 96 or 97 scenes in the film and I am in 96 of them [laughs]. So that was a bit of an ask. I was a little bit concerned about that and spoke with Marshall about it. He stuck by his word and thought that it would work well. He believed we needed to see all aspects of this character. You see the certain side of the charm that Lachlan has got. Then you see the hopeless side of him, due to the way his drinks. But overall you get to see all aspects of this man, which I think makes it very interesting.

MG: Your are known for your chameleon-like ability to portray a wide range of characters; do these roles always find you or do you seek them out?
RC: I have been very lucky with that aspect and I am fortunate. I have never been the type of guy who would go around and knock on doors. I just look for roles that have honesty and really challenge me to do something different. 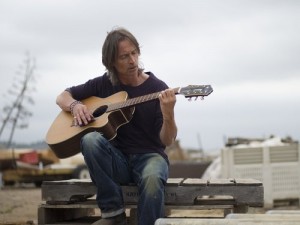 MG: You also sing the title song for the film, written by Adam Franklin, tell us about that?
RC: That was actually the scariest part of this role [laughs]. In the end though, it was kind of liberating. It was shot towards the end of production in the last few days. I didn’t use a voice coach to find my singing voice. I didn’t even know what my own signing voice was. But what you hear in the film is exactly what we shot. Plus Lachlan was never meant to be a singer. He is the guitar player, so he didn’t need to really have a perfect voice. However, I was quite pleased with it.

MG: How was it going from a role like “California Solo” to Rumpelstiltskin/Mr. Gold in “Once Upon a Time”?
RC: It is quite a leap. It is fantastic to be on a show like that. In the early 90’s, I wanted to take on roles that were very different from what I did last. I wanted to build up a background with good versatility. As the years have gone on, I hopefully have shown that I am able to play parts like Rumpelstiltskin and he is a culmination of that. He is the most out-there and certainly the most theatrical role that I have ever been given. So I am just looking forward to continuing that and hopefully playing it well.