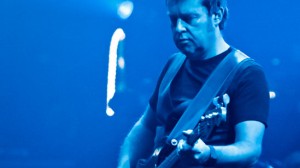 Colin Wilson is the bassist for the cover band, “The Australian Pink Floyd Show”.  2012 marks the 25th anniversary with the band, who perform over 100 shows a year all over the world. The band has recently released their  Blu-ray/DVD of their current “Exposed in the Light” and are planning a big tour for  2013 called “Eclipsed By The Moon” to celebrate the 40th anniversary of “Dark Side of the Moon”.  Media Mikes had a chance to chat with Colin about 25 years with the band and the bands work of constantly trying to improve their skill in order to master the work of Pink Floyd.

Mike Gencarelli: This year marks 20 years with “The Australian Pink Floyd Show”; how do you feel the band has evolved in that time?
Colin Wilson: Wow, well it has evolved incredibly. We started off very small, literally getting together on weekends and trying to learn songs. We are just trying to learn how to do Pink Floyd well. We did some small shows around Australia, like pubs and clubs. As the years have gone on, we have constantly re-invested into it. Every time we could we would get two extra lights or a bigger projector screen, things like that. We just kept putting back into the band. Now, as you said 20+ years later, we tour worldwide and doing over 100 shows a year. It is a really big full-scale production and it is the same sort of production now that you would expect to see with a mainstream band.

MG: After all these years, do you still have to put work into mastering the songs?
CW: Some aspects of it come easier just because of how much we are doing it. We don’t have any real long periods off. The longest we have away is two months over Christmas and you don’t forget everything in those two months. As far as playing the music goes, it is definitely getting a bit easier since all the hard work is done. But we never sort of rest on that. We are always trying to fine-tune and improve ourselves. We still 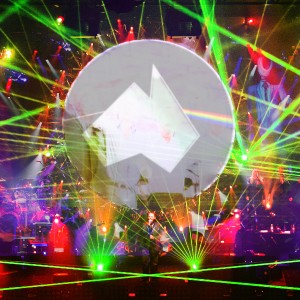 listen to the music today and hear little subtleties that we might have missed.

MG: How does it feel to be called “The Best Tribute Band in the World”?
CW: It is funny for us. We are one of the first tribute bands. When we started up in Australia, in the end of the 80’s and early 90’s there were a lot of tribute bands forming mainly because a lot of the mainstream bands weren’t making it out there to tour. So there was definitely a need for people to do this since the fans wanted to hear it and the real band weren’t coming out. So we were one of the first and then definitely one of the first to take it overseas from Australia. When we got to the UK in the early 90’s, there were maybe 2 or 3 other tribute bands around but not many. I would say within the first 2 or 3 years of us being in the UK, the whole scene suddenly blew up and there were tribute bands everywhere. I guess we have stood the test of time since most of those early bands are long-gone. I guess that is due to the fact that we keep trying to improve ourselves every year and why we’re referred to as the best one around. It is incredibly gratifying to us when we get reviews like that and hear things like that.

MG: What is your biggest challenging having to cover two very different styles of Roger Waters and Guy Pratt?
CW: Song by song is not very challenging. The biggest challenge really is doing a song by one of them and then the very next song doing the other. You have to treat each one in a song by song basis and getting into the feel and groove of that song in the blink of an eye between the songs. And because I have been doing it for so long it just sort of happens for me. Hopefully it is working and I am able to do that effectively.

MG: What do you do to keep it fresh when performing these songs live each tour?
CW: Well, there are 10 musicians in the band and every one of them are complete professionals and each one of them approaches this in that way. We also all get on great as well. We are like a team. If one person doesn’t do their job, it sort of lets us all down. In some ways, we try and impress each other every night. It is a challenge but we are the kind of people that like that challenge. We try to do it right every night and send the audience away with big smiles on their faces. That is the mindset that we have and how we keep 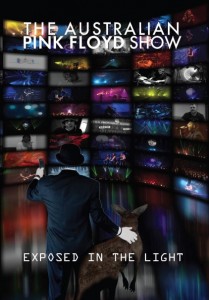 it fresh. Most importantly, we still enjoy doing it after all these years.

MG: What songs really hits home with you when performing live?
CW: Me personally, I love the songs from the “Animals” album. That’s probably my favorite with “Dark Side of the Moon” in a close second. On “Animals”, the tracks are very deep with a lot of aspects that you have to remember. They are quite long songs with many different passages. You have to be completely absorbed to play them and do them justice. So I really enjoy those. Also it has to be any of the songs that get an amazing reaction from the audience. Like every night we play “Another Brick in the Wall”, we get this fantastic buzz because the audience gets on their feet with that song.

MG: Tell us about your encounters with the actual members of Pink Floyd?
CW: Going way back to 1994/1995, David Gilmour came to see us play and met with us after the show. We got to talk with him for a while and he was really into what we were doing. We had played some songs that he himself haven’t heard, let alone played, in a long time. He was really encouraging and positive about that. He has seen us a few times since then when we come along to London. We sort of got his unofficial endorsement. We played at his 50th birthday party in London, which was incredible. It was amazing for us as a band and gave us that extra bit of credibility that maybe we needed with some of the more skeptical Floyd fans. Also Nick Mason, in the recent years, has said a lot of nice things about us in the press. We have a nice unofficial connection with them. We know that they are sort of watching us through the one eye kind of aspect. It is a nice relationship. We are not out having BBQ’s each weekend but we do have a nice distant relationship with them.

MG: Tell us about the newly released Blu-ray/DVD, “Exposed in the Light”?
CW: This is something that when we started out we weren’t sure if people would be interested in recordings of us doing Floyd stuff. But evidentially they are. Fans were always telling us they want to take something home and watch it and share with friends that couldn’t make it to the shows. We did one last year that was a double DVD that was recorded in Hammersmith in London. The first disc was the show and the second was a documentary on the band, which was really great. This time we released a concert from this year’s tour “Exposed in the Light”. We actually filmed it all ourselves with HD cameras. What we did was set up the cameras in different positions every night, so we ended up with something like 20 different camera angles. Then that was all edited together to make what looks like a huge camera shoot. It has come out absolutely amazing. In between the songs, we have got some great behind-the-scenes footage. It is a nice little package and it has this really great HD quality concert footage with all 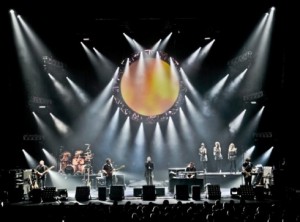 the different angles. You get to see a lot of the show from various different positions. We are very excited about that.

MG: Tell what we can expect from the 2013 tour “Eclipsed By The Moon”?
CW: It is the 40th anniversary of “Dark Side of the Moon” in 2013, so it is very exciting. 10 years ago, we did the 30th anniversary which was incredibly successful. We are looking this time around to maybe do something different with it. We are not 100% certain just yet how we are going to approach it. Whether we do the whole thing in its entirety or if we mix it up a bit. We are also looking into different things to project on the screen during it and really make it and event. One thing that I can guarantee is that it will be a big celebration of “Dark Side of the Moon”. I think there are a lot of Pink Floyd fans out there that are really on the edge of their seat waiting for this tour. It starts February of next year in the UK. So it is going to be great.