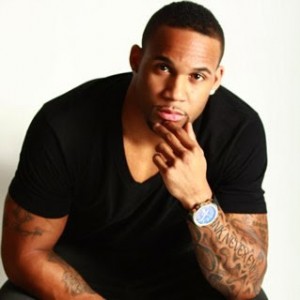 Bret Lockett is a football safety for the New England Patriots of the National Football League. He also recently released a single called “Get It All”. Media Mikes got a chance to chat with Bret about his new single and his transition from football to music.

Adam Lawton: What made you want to get in to music?
Bret Lockett: I’m an extremely creative person and love art. Music is a huge passion of mine and has been ever since a very young age. I was in the percussion section in band my 6th and 7th grade years and was in choir my 8th grade year. It’s a part of me as well as in my genes from my late cousin Etta James to my Uncle Vernon Green.

AL: Can you tell us about your single “Get It All”?
BL: My newest single “Get It All” is a collaboration with ex MJJ star Prince Syc and the very talented Dejaun Turrentine. We came together to inspire people to literally get it all, not through greed or haphazardly dreaming but through dedication, hard work, and perseverance. We also started a campaign with the same message called the “Get It All Campaign”. You can find more about the campaign by going to www.GetItAllCampaign.com 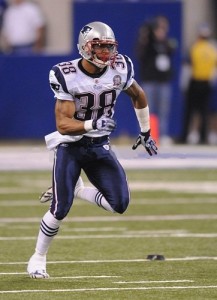 AL: Do you plan on releasing anymore tracks?
BL: Yes I will be releasing my mix tape called “Inception” later on this year. It has 18 classics on it which I put my blood, sweat, and tears into.

AL: What do thinks is harder writing/performing or NFL training camp?
BL: They are both a challenge because they are so different but one in the same. Writing requires creativity, cleverness, and emotion while performing on the field requires emotion, relentless effort, and reaction. Furthermore, to do both at the highest level take an unwavering commitment and a persistant drive to want to be the best and win.

AL: Other upcoming plans or projects?
BL: My team and I always have a few different plans going on so stay tuned because you never know what’s next!