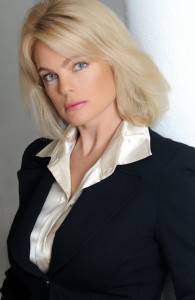 When your first acting job is in one of the most popular movies ever made where do you go from there? For Erika Eleniak, you go straight to the top. At age 10 she appeared alongside Henry Thomas in Steven Spielberg’s classic “E.T.” As the girl Thomas’ character, Elliot, kisses in the classroom, Eleniak certainly made an impression on young film fans. As she got older she found work on television, often as the prospective love interest of such actors as Rick Schroeder on “Silver Spoons,” Scott Baio on “Charles in Charge” and John Stamos on “Full House.” In 1989 she began a two-plus season run as lifeguard Shauni McClain on the popular television series “Baywatch!” Three years later she broke out on the big screen as Playboy playmate Jordan Tate in the Steven Segal action hit “Under Siege.”

In the two decades since she has built a strong resume’ of work both on television (“Brooklyn South,” “Desperate Housewives”) and film (“The Beverly Hillbillies,” “Chasers”). Now the proud mother of a daughter, Ms. Eleniak continues to work steadily, currently adding the word “Author” to her resume. While appearing at the Con X KC convention she took time out to talk with Media Mikes.

Mike Smith: Your first screen role put you in one of the most beloved films of all time, “E.T.” Were you made aware of what the film was about? Did you get to read the entire script or just the pages for your scene?
Erika Eleniak: No. It was very secret. The whole thing from top to bottom was kept under wraps. We were given a different name – I was told the film was called “A Boys Life.” I was pretty much told it was about a boy and an alien. Nothing beyond that. There was no script really for me – we just did our thing. And that was it. There was no hanging out around the set. 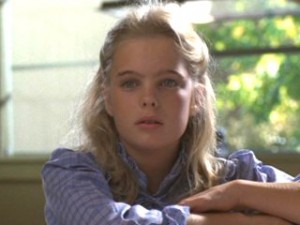 MS: Did you shoot any additional scenes that weren’t used?
EE: Not any extra scenes but I do believe I had a line or two when Henry Thomas is trying to free the frogs in class. We were lab partners and I was doing the standard “what are you doing?” In fact, it may have been as simple AS “what are you doing, Elliot? Stop it. You’re going to get in trouble.” I’m pretty sure I had a line that definitely got cut.

MS: You left “Baywatch” at the beginning of season three. Were you surprised at the popularity of the show, especially around the world?
EE: Yes and no. I think everyone was in some way. When you think about the subject matter being shown to other parts of the world…shiny California while other parts of the world are freezing…that part is definitely not surprising as to why the show got such a warm welcome (laughs)…excuse the pun! But how can you ever foresee the success of a show before it happens? You really can’t. The way it all happened…going from being on NBC, which was a really conservative network, to syndication where you could do a lot more with necklines plunging…more eye candy. More of what it eventually became. I think it certainly evolved into itself. It was a work in progress that started out as something much different then where it ended up for sure. I would say that everyone was most happily surprised.

MS: I was very fortunate to have known Jim Varney. Do you have any special memories of working with him on “The Beverly Hillbillies?”
EE: I do! Whenever people ask me about Jim Varney I always have to say that he was one of the most soft-spoken and sweet gentlemen. It was such a loss for him to 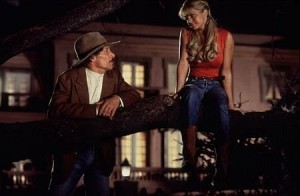 leave us as early as he did. The funny thing that I loved about Jim was that you could pick any topic on this planet…anything off the wall, and he could talk to you for 20 minutes about it. He was a walking encyclopedia. He was just so smart and it was baffling how much information he had about the most random things. He was incredible that way. Just fascinating. And one of my favorite memories was he and I sitting in the makeup trailer before work. We were just chatting. It was early in the morning and I remember just talking about how I had started a hope chest. I had always wanted children so I started a baby clothes collection and I mentioned that I had started to collect quotes. We were just talking. And about a year after the film wrapped I got this huge box in the mail. Jim had remembered our conversation…I barely did. As I said, it was just idle chatter…”how’s the weather,” that kind of thing. And Jim had sent me two handmade quilts. One was for a baby to put in my hope chest and one was for my quilt collection. He had asked a lady from his little home town in Tennessee to make these things by hand for me and send them to me. I was blown away. My God, that was just so thoughtful…I don’t have enough time in this conversation to tell you what a sweet man he was. And that quilt is still on my little girl’s bed in her bedroom.

MS: You’ve done a lot of work in both television and film. Do you have a preference?
EE: No. Just whatever is quality…whatever is a great role. I suppose now, because I have a six year old daughter, scheduling becomes so much more important. I have a child in school so whatever comes along scheduling is always the first thing 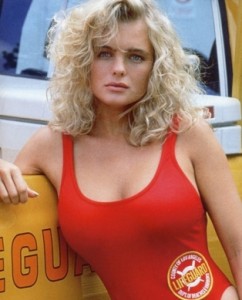 I try to figure out. Sometimes the shorter the shoot the more complicated things can become. Is it a matter of getting someone to take her back and forth or if it’s a little bit longer do I pull her out of school, take her on set with me and do independent study with her? As for the medium, there’s no preference as long as it’s an amazing role. But where it does become more preferential is in the scheduling. Right now I have a couple of movies coming out. One was really just a cameo and it was a very short and sweet shoot. The other one was a much longer film shoot so she stayed on set with me with a nanny and did her school work there. It’s worked out really well so far. I love television and I love doing films. I will always love doing films. As long as it’s a great, interesting role I have no preference.

MS: Are you working on anything now?
EE: I just finished two films. One is called “Meant to Be” and I believe they’re going to release it in December. The film stars Della Reese and Michael Gross and Dean Cain and it’s a really very cool story with a great twist that was so appealing when I read the script. I also have a cameo in a Lifetime Channel movie called “Holiday Spin.” I love Lifetime. I really love the stories they tell. They tend to focus on relationships between people. Ralph Maccio is in it, though unfortunately I didn’t get to work with him. And I’m also in the middle of having a children’s book published. We’re in the artwork stage right now. It’s certainly a learning experience for me because I’m totally new to that world. There are layers and layers and layers to go through in the process and we’re just getting to the part of getting the artwork accomplished between myself and the illustrator and the publisher. So I’ve got a few things in the pot!