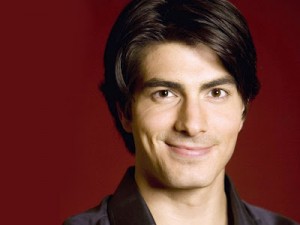 Born in Iowa, Brandon Routh is probably best known for his portrayal of the Man of Steel in “Superman Returns.” Though the film made over $400 million it was deemed a “disappointment,” which to me was a slap in the face to the fans that loved the film and Routh. In my review of “Superman Returns” I noted that “Routh certainly has large red boots to fill…and he fills them admirably.”

Since then he has worked steadily, appearing in such films as “Scott Pilgrim vs the World” and “Fling,” which he also co-produced. This week Routh returns to theatres as Native American lacrosse coach Joe Logan in the film “Crooked Arrows.” Routh recently sat down with Media Mikes to talk about “Crooked Arrows,” going behind the camera and how “Superman Returns” still has its benefits:

Mike Smith: What attracted you to “Crooked Arrows”?
Brandon Routh: A couple of things. The fact that it’s about lacrosse, which is a sport I’ve been interested in learning more about. And the story. The script had a lot of 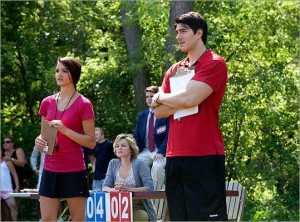 passion…a lot of heart…in telling the true heritage of the sport of lacrosse, the Native American people and the sport’s origins.

MS: You’re obviously an athletic guy. Did you play lacrosse growing up?
BR: I didn’t. Growing up in Iowa there wasn’t any lacrosse. (NOTE: I grew up in Florida and we didn’t play lacrosse either. It wasn’t until I moved to Baltimore in the early 1980s did I see the game being played. It’s regionally popular in the mid-Atlantic states and is slowly growing a nationwide following) I grew up playing soccer. I would have loved to have played lacrosse but there wasn’t any to be had. That’s what made this role cool….I got to learn how to play.

MS: As you’re playing a Native American, did you do any special research to bring an authenticity to your character?
BR: I didn’t have to do a lot of research because I had access to Neal Powless, who was the cultural adviser. He’s from the Onondaga Nation as well as a producer on the film. He also was my lacrosse coach! (NOTE: Powless is a former professional lacrosse player and was a three time All-American in college). I was so fortunate to have 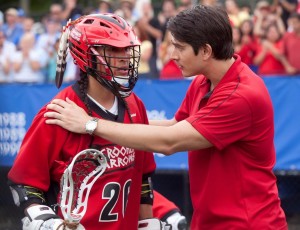 access to him for any questions I may have had.

MS: You were a co-producer on “Fling,” which was filmed here in Kansas City. Do you have any desire to go back behind the scenes? Either back into producing or even behind the camera as a director?
BR: I used to think I wanted to be a director. I’m not sure if that will happen or not. It would certainly have to be something that I wasn’t acting in. The job of a director is so challenging. You have so many people that you have to please. I think I’m a few years from that. But it is a thought. A thought for down the road.

MS: I want to preface this question by saying that I was 17 when “Superman the Movie” came out. I loved Chris Reeve as an actor. I thought you did a brilliant job in “Superman Returns.” You truly did the character, and Christopher Reeve’s memory, proud.
BR: Thank you.

MS: I preface that because, even though the film made $400 million, it was looked at in 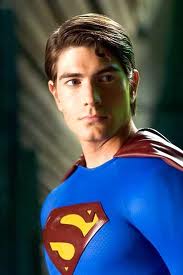 some parts of Hollywood as a failure. Do you think that kind of thinking…where a film is first judged by how much money it makes in its opening weekend rather than whether it’s a good film or not…will eventually hurt the chances of smaller films like “Crooked Arrows” even being made?
BR: No. I mean me being in “Crooked Arrows” is only because of “Superman.” And this is a much different kind of film…an independent film. It follows a completely different release schedule…we’re able to do so much more with promoting it. So I don’t see that kind of thinking effecting smaller filmmaking in any way.

MS: What are you working on next?
BR: A pilot I shot just got picked up by CBS. It’s a sitcom called “Partners.” So hopefully I’ll be seeing you on Monday nights in the foreseeable future starting in the fall.