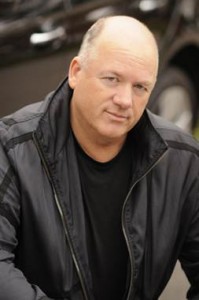 John P. Locke is the 1st self-published author to sell a million eBooks on Amazon Kindle. He is among one of the fourteen authors have sold more than a million eBooks on Kindle. Media Mikes had a chance to chat with John about his success and his plans to release his Donovan Creed series into print media.

Mike Gencarelli: First off how does it feel to be one of the fourteen authors have sold more than a million eBooks on Kindle?
John P. Locke: Well the first answer of course is that it feels great. You thought it would…and it does [laughs]. It feels great. Then the next step is what is important for me, I hit that goal and now I am focusing on the next which is to be successful in print media.

MG: When you became the 1st self-published author to sell a million eBooks on Amazon Kindle; have you since been contacted by publishers?
JPL: Oh absolutely. I had an opportunity to have a bidding with some publishers, who were interested in bidding on the next four book in the series. I worked differently and I didn’t want to go with a traditional publisher. For them the first step is to maximize profits and I would most likely have to tone my character down or tame him to make him more widely accepted. If I was under pressure to do that, I am afraid that I would lose the audience that I worked hard to build up so far.

MG: You placing above authors like Stephenie Meyer and George R.R. Martin, tell us what that feel like?
JPL: It is lofty company…it really is, of course. Without having any publishers or dollars behind me, it startled a lot of those people. The funny thing is that until I hit number 1 with my book “Saving Rachel” and “Wish List” at number 2 at the same time, I didn’t really get any attention. The day “Saving Rachel” hit number 1, I got 24 offers over two days from very well-respected literary agents. I just chose the first one Jane Dystel from Dystel & Goderich in New York, since they were the first to ask. 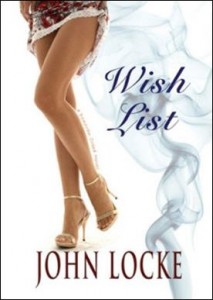 JPL: We are getting ready to launch a big collaboration with Simon & Schuster. I am using them as a distribution arm to get the books into mainstream retailers. They are going to be in Barnes & Noble, Wal-Mart, grocery stores and pretty much anywhere books are sold in retail markets. The first print run authorized by Simon & Schuster is 750,000 in mass market paperback. As far as I know this is the first time anything like this has ever been done. I am working with a major publisher and the content belongs to me and the distribution belongs to them. I am hoping that the public is going to discover my Donovan Creed character and embrace the series the way they have in the e-books.

MG: What suggestions do you have for inspiring authors out there to achieve the same success?
JPL: I would say to have confidence. In self-publishing, if you believe in yourself and willing to put up your own money, you can compete against the big publishers and even the playing field where you can make deals with these people. I think that this is the start of that. Also I do not do any editing until I am completely finished. Then I go back and edit that way you are fixing something that you had instead of fixing something along the way. So it takes confidence and patience.