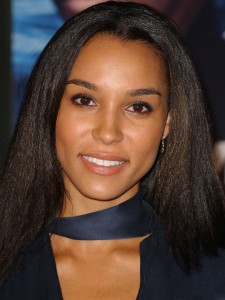 Brooklyn Sudano is co-starring as Yvette Montgomery in the new film “5 Star Day”. Media Mikes had a chance to chat with Brooklyn about working on the film, her character and what she has planned next.

Mike Gencarelli: Can you tell us how you got involved with “5 Star Day”
Brooklyn Sudano: I had read the script after my manager brought it to me. I really liked it and thought it was an interested story. The film poses questions that I think a lot of us ask ourselves. I like to do films that make you think and question.

MG: The film has a lot to do with horoscopes. What are your personal thoughts on them?
BS: I don’t prescribe to them. I think we all have a purpose in the world. I also think there are certain characteristics that people born at a certain time of the year have. I am not looking at the horoscope everyday of the week looking to find out what’s going to happen to me. It’s not my cup of tea however a lot of people do pay attention to them.

MG: How did you prepare for such an emotional role of Yvette Montgomery?
BS: I think my character in the film is struggling. She is afraid to cause anyone harm. I think that is something everyone goes through. I drew from that depth to help me with the role.

MG: How was it working with director Danny Buday?
BS: Danny is full of enthusiasm and very dedicated to the project. I think we all jumped onto that. We all wanted to make the vision come true. We had a great time despite some really cold moments. Everyone was great to work with.

MG: Can you tell us about the really deep scene between you and Cam Giganbet? 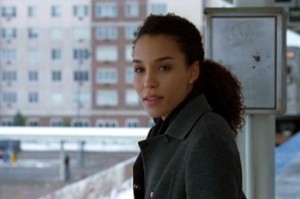 BS: I think the film depicts that people can have connections with people that they may not expect to have connections with. Life sometimes takes a bad situation and turns it into a good one. We all played different characters with different issues however we all got something out of our unexpected connection with each other. I think this brings a lot of hope and it’s something that we try to bring to this world.

MG: What other upcoming projects do you have going on?
BS: I have another film that is in the process of being edited called “Five Hours South”. We shot the film in Italy which was awesome. Hopefully we will be hitting the festivals and getting the film distributed.