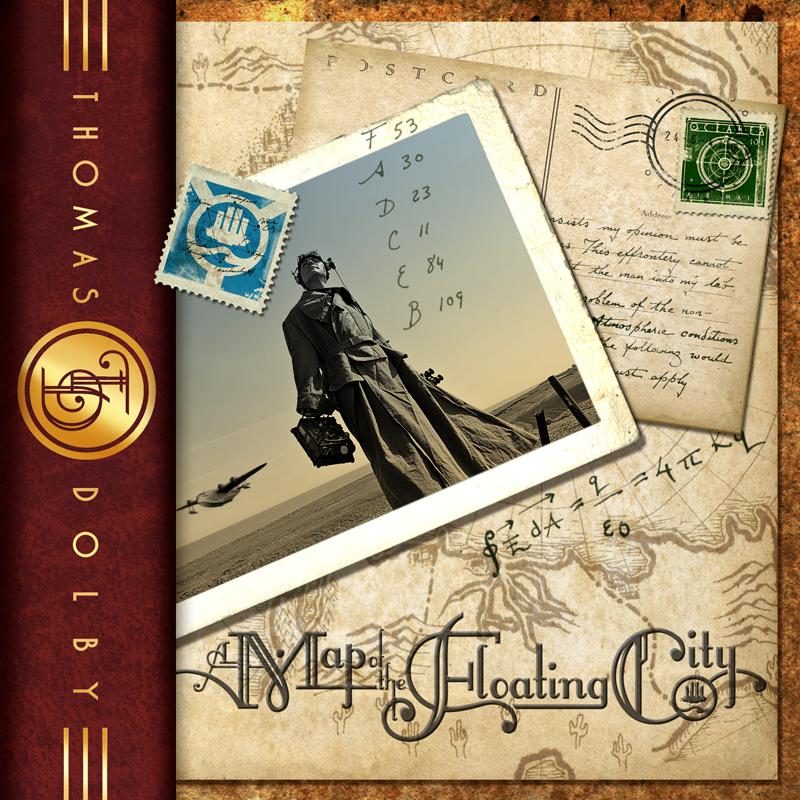 LONDON, U.K. — Thomas Dolby, the iconic ’80s star whose smash hits “She Blinded Me With Science” and “Hyperactive” helped define the MTV generation/revolution, will break his 20-year silence with a new release later this year titled A Map of the Floating City. The album, featuring appearances by special guest artists Mark Knopfler, Regina Spektor, Natalie MacMaster, Bruce Woolley, Imogen Heap and Eddi Reader, will be available on October 25, 2011 on Lost Toy People Records as a regular and hi-res download, as a physical CD, and in a special Deluxe Edition featuring a second disc of instrumentals and bonus tracks.
The five-time Grammy®-nominated British artist quit the music business in the early ’90s and spent many years in Silicon Valley, where his tech company Beatnik Inc. created the ringtone synthesizer embedded in more than three billion mobile phones shipped by Nokia, Motorola, Sony Ericsson and others. Now retired from Beatnik, Dolby has returned to his native U.K. and is busy recording an album of brand new songs in a renewable energy-powered studio he built aboard a 1930s lifeboat in the garden of his beach house on England’s North Sea coast.

Of the album, which is divided into three parts, Dolby says, “The new songs are organic and very personal. A Map of the Floating City is a travelogue across three imaginary continents: In Amerikana I’m reflecting with affection on the years I spent living in the U.S.A., and my fascination with its roots music. Urbanoia is a dark place, a little unsettling . . . I’m not a city person. And in Oceanea I return to my natural home on the windswept coastline.”

“I marvel at the new landscape of the music business — distribution via the Internet and recording technologies I barely dreamed of when I started out,” he continues. “But this album does not sound electronic at all. I have zero desire to add to the myriad of machine-based, synth-driven grooves out there. The Net has made a music career approachable for thousands of bands — but I hear too few single-minded voices among them, so I’m returning to what I do best, which is write songs, tell stories.”

The innovative transmedia game The Floating City <http://www.floatingcity.com>, co-created by Dolby and based on his song catalog all the way back to the 1980s, is currently in full swing and is proving highly addictive for thousands of regular players. The winning “tribe” will be treated to a private concert performance of the new album in its entirety. Thomas Dolby will shortly announce a string of concert dates in the U.S. and U.K. in support of the album.