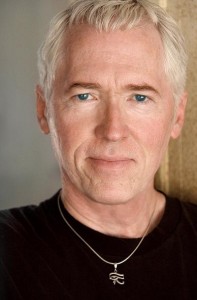 Ian Patrick Williams started his career working on the film “Re-Animator”. From there he was thrust into the world of sci-fi/horror starring in films like “TerrorVision”, “Dolls”, “Bad Channels”, King of the Ants, and most recently “Growth”.  Movie Mikes had a chance to chat with Ian about his films and what he has planned upcoming.

Mike Gencarelli: How did you start your film career off?
Ian Patrick Williams: While working as a stage actor in Chicago, I did my first film for director Andy Davis called “Stony Island”.  I don’t think it was ever released, but Andy went on to direct a lot of major films including “The Fugitive”.  Then Stuart Gordon directed a play we co-authored called “Bleacher Bums” for PBS-TV for which we (the cast and co-authors) were given the Chicago Emmy award.  After moving to L.A. in 1980, I worked mostly in TV until doing “Re-Animator” with Stuart in ’83.

MG: Tell us about working on the film “Dolls”.  Can you recall your experience?
IPW: The best way to learn about “Dolls” is to listen to the commentary track that Carolyn, Stephen, Carrie and I did a few years ago.  I had been in Rome the year before shooting “Terror Vision” with Ted Nicholau so I already knew my way around the city.  We shot on a small studio built by Dino DiLaurentis just outside of Rome.  What most people don’t realize is that the entire house was actually a set built inside one of the sound stages!

MG: What was your biggest challenge working on the film? 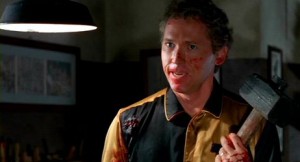 IPW: I suppose the only challenge was that with such a small cast, there was very little time off  – we were all working pretty much every day.  Fortunately, I had spent so many years doing theater with Stuart and Carolyn that we had an automatic shorthand together and didn’t need very much rehearsal.

MG: You have worked a few times with Stuart Gordon on films like “Robot Jox” & “King of the Ants”.  Tell us about how you started that.
IPW: Stuart had started directing theater in Madison Wisconsin when he was in college; he then moved to Chicago and started the Organic Theater Company with Carolyn and then-unknown Chicago actors Joe Mantegna, Dennis Franz and Meshach Taylor.  He first hired me to do a production of “Rashomon” at an open air theater on the University of Chicago campus; a few months later he invited me to go on a European tour with the company.  We’ve worked together on and off ever since.

MG: You worked on an episode “Freddy‘s Nightmares”.  Tell us about that show.
IPW: It was a treat to work with both Tobe Hooper and Bob Englund.  Because it was the pilot episode, there was a fair amount of chaos as the network and producers were haggling over exactly how the show should look.  As a result, we frequently worked 14 hour days.  Because of union turn- 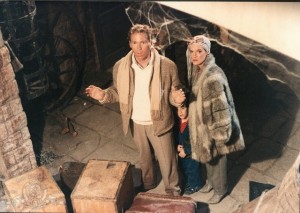 around rules, we couldn’t start up again for another 12 hours.  So on day 1, we’d have a 6:00 AM call and get home after dark.  By the time the work week was over, we were getting home at dawn and called at 6:00 PM to work all night!  But it was worth it to be known as the guy who ‘killed’ Freddy Kruger.

MG: Tell us about playing the ‘evil villain’ in the recent film “Growth”.
IPW: I had done a table read for the director and producers playing a different character.  But by the time production began, they had done a re-write and that character was omitted.  The role of Mason was cast with an older actor; but for some reason, he had to drop out two days before his scenes were to be shot.  They made a frantic call to my agent asking if I could fly to Martha’s Vineyard and take over the role on a moment’s notice.  It took about an hour in the makeup chair every day making me look like I was 70 or 80 years old, depending on the scene.  I think the special effects are quite good for a low budget film, which should give confidence to all first time directors without a lot of money.

MG: Do you enjoy working more in television or in film?
IPW: The process is pretty much the same.  TV is usually a little faster because they have to shoot an hour long episodic in seven working days.  A bigger budgeted film can take months to shoot, which can actually become pretty boring.  I shot a small role in a “Spider-Man” parody called “Superhero: The Movie”, produced by the Weinstein brothers in 2008.  There were several days 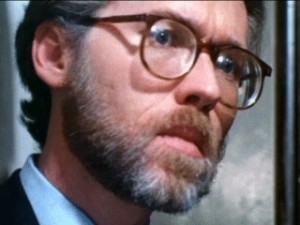 when I sat in my trailer for 10 hours, only to be told they weren’t going to get to me that day.  I’d much rather be on a lower budgeted film if it means I’m working all the time.

MG: Tell us about what you are working on upcoming.
IPW: I’ve acted in a few more low budget films: “Dire Wolf”, “Action Hero” and “Simon Says”, but I have no idea when they’ll be distributed.  I’ve recently gone back to my first love: theater.  In recent months, I’ve performed in the plays “Lucia Mad”, “Puzzlers” and “Judgement at Nuremburg”, all in the L.A. area.  As far as future film or TV roles, like all actors I’ll just have to wait and see.